Atz Kilcher, one of the main cast of “Alaska: The Last Frontier” was born on September 2, 1947, in Homer, Alaska, the United States of America to his mother, Ruth Weber Fled and a father, Yule Kilcher. Atz Kilcher is a 72 years old folk and a native of Alaska. Also, he is the oldest of the Kilcher family. Similarly, he is also a singer and an author. Read this to know Atz Kilcher’s Net Worth. Read this to know Why is Atz Kilcher Living in Boat?

His parents migrated to Alaska so that they could avoid World War II in the 1940s. Beforehand, the Kilchers were Swiss. Other than Atz, the Kilchers have seven other children while Atz being the oldest.

As Atz was the oldest among his siblings, he was considered to be the protector of his family. He was taught how to anticipate the Alaskan wilderness since childhood to fend himself and his siblings. Atz Kilcher was fond of learning new things because his interests were in several fields.

In spite of having deprived education, he and the other seven siblings used to get homeschooled by their mother.

Also, he was interested in singing which he learned again from his mother since her mother was a classical singer. In the same vein, he and the siblings learned survival techniques, fishing, hunting, farming, etc. from their father. And so are the things, Kilcher siblings grew up doing.

Why is Atz Kilcher Living in Boat?

In season 8, fans learned that after Atz Kilcher found the remains of an old boat, he planned on renovating it into a habitable place. He is an adventurous man, and as such, set out to make a moveable home. Most of his family thought that Atz was going crazy. He has however stuck to his guns and ambition. The boat will not only serve as a place to live but also as a means to venture out into the rest of Alaska.

There have been reports that suggest that Atz Kilcher suffered a serious accident that cost him his life. This is not accurate, however. In fact, it is his son, Atz Kilcher Jr. who was involved in an accident at a resort. He slipped off the edge of the cliff and sustained a number of bad injuries. He damaged his shoulder, his lungs collapsed, bruised his ribs and hips.

Atz’s injuries were so severe that he needed to be rushed to the hospital by a helicopter. He spent a prolonged period under the doctor’s watchful eye until he was well enough to go home. After this, he tried to sue the resort company for $ 100K, citing negligence on their part.

The reality star, Atz Kilcher started with the singing skill he possesses. He was obsessed with cowboy life. Therefore, he would carry his guitar and ride bar-to-bar to perform.

Not only for singing but also, he was known for his terrific storytelling skill. That eventually grabbed the attention of audiences which made him famous in the locality.

Afterward, he improvised his storytelling skill into writing form. He invested his time demonstrating his life story in the biography “Son of a Midnight Land” in 2018, February.

In the memoir, he had spoken about his downtime, struggling life, and how he managed to make it.

In between, Atz was starred in the American TV show “Alaska; The last Frontier” where his farming and survival skill was shown. Audiences found the talent remarkable. Since then, he has had his career boosted up.

The 72-year Alaskan native, Atz Kilcher is the main cast, and one of the highest-paid actors, in the reality show Alaska; The Last Frontier. Not to mention, he is also an author as well as a singer. As of 2019, Atz Kilcher’s net worth is estimated to be $7 million.

Again, Atz Kilcher is an owner of a real estate and lands whose value is around $3.6 million. They own 613 acres near the homestead.

Firstly, Atz married to Lenedra Carroll. She is an author, singer and businesswoman. Atz and Lenedra first met during their teens. Love graced by three children: Shane Kilcher, Jewel Kilcher, and Atz Lee Kilcher. When Lenerda was in labor with Jewel in her belly, she almost died when the doctor forgot to put her oxygen mask on. Luckily, Atz noticed and saved her. 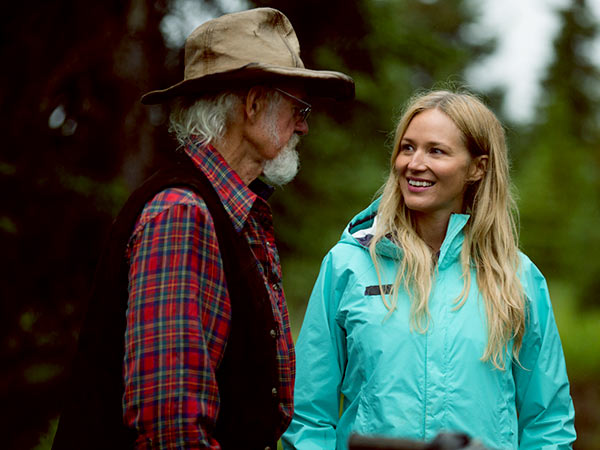 As per Jewel, Atz Kilcher was abusive to her after getting into alcohol. Eventually, the couple chose to divorce in 1982. Today, the daughter Jewel is a singer, and a songwriter and the two sons are the stars in a famous TV show “Alaska; The Last Frontier.”

Not only this, Atz has failed another relationship as well with a lady named Linda. Though the relation between Atz and Linda hasn’t opened thoroughly, all we know is they had a son named Nikos Kilcher.

As of now, Atz lives with his current wife Bonnie Dupree in Homestead in Homer, Alaska. The couple has no child together, but Bonnie has two children to her previous husband who died of illness.

The height and weight of Atz are yet to know; however, he is recognizable because of his white hair and pair of light green eyes.

Atz has always been forward in everything. It doesn’t matter if its physical survival or digital survival. Atz Kilcher is quite active on social media like Facebook and Instagram, so he has about 70k followers on Facebook, whereas 41.7k followers on Instagram.