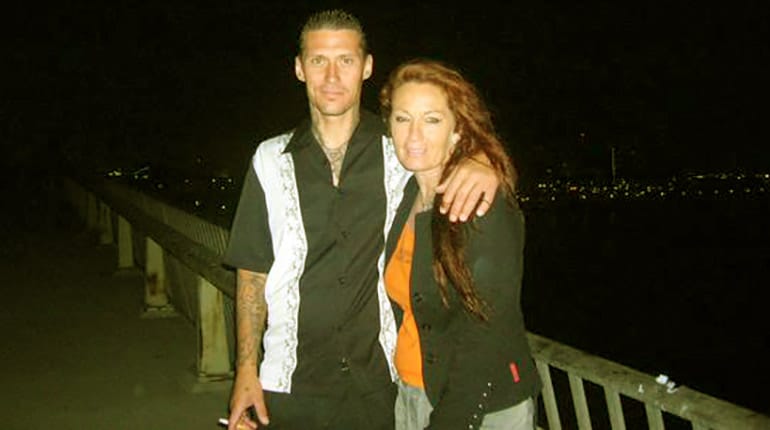 Tia Torres is a 61-year old television personality and animal activist who is a native of Southern California. Tia Torress is an amazing soul and a guardian angel to dogs and is cherished by millions of people for her selfless act. She is celebrated for founding the Villalobos Rescue Center. This is a center that specializes in saving and rehabilitating Pitbulls, along with other dog breeds. Tia Torres married Aren Marcus Jackson while finding a lost dog its home.

Torres’ run on television has seen her work on multiple reality series. These include shows like Pit Bulls & Parolees, Villalobos Tales, and Waiting For a Forever Home. Besides television, Tia’s influence can also be felt in the world of literature. She is the author of a book titled ‘My Life Among the Underdogs: A Memoir.’

Today, in this particular article, we will be talking about Tia Maria Torres’ former husband, Aren Marcus Jackson. Additionally, we also uncover why Aren was in prison. Scroll down to know everything.

Aren Marcus Jackson’s Prison Sentence; Why Did He Go To Jail?

As we speak,  Tia Torres’ ex-husband, Aren Marcus Jackson, is still serving his sentence in jail. Remarkably, this is his second stint in prison.

During their initial meeting, Aren was serving a fourteen-year sentence for his involvement in a shootout with the Orange County Sheriff’s deputies. He was released in 2006.

Astonishingly, it took only a year before he was back behind bars again. This time, Aren got arrested and convicted for eleven felonies in total: theft, second-degree burglary, grand theft auto, and even attempted murder, just to name a few.  He was found guilty on all accounts.

In spite of all the evidence against her then-husband, Tia remained a devoted wife, sticking with her husband even after his conviction was confirmed. In total, Marcus was sentenced to 15 years and eight months in prison.

As per the official court ruling, Aren is scheduled to be released next year, in 2022. This is when his sentence will officially end.

Tia Torres is no longer Married to Aren Marcus Jackson.

Tia Torres’ relationship with Aren Marcus Jackson ended the same way it began, behind bars. As we mentioned before, the couple first met in the early 80s while Aren was still a convict.

At the time, Tia was trying to locate the owner of the dog. When she used an online tracking site, Aren’s name popped up, and so Torres went in search of him. Despite the fact that Aren was a convict, Tia became completely enamored with him. They tied the knot in 2006, as soon Jackson had served his first prison sentence.

The couple spent less than a year together before they had to go their separate ways. This came after Aren got arrested back in September 2007.

Some time down the road, Tia would file for a divorce from Aren. This wasn’t surprising, especially as he was serving a long sentence at the time.  In an interview, Tia revealed that she and Aren had been divorced for several years now.

She went on to add that she didn’t even keep tabs on him anymore, and wasn’t sure if he was still in prison or not This, in a way, hints at the fact that the divorce might not have been entirely amicable.

Why else would the two have fallen out completely? To the point that they completely lost touch with each other? In any case, Torres decided to move on with her life, choosing to focus on her career instead. And whatever she decided, it’s by her choice and we should respect her.

Long before she got involved with Aren, Tia was in a relationship with another man.  In fact, the two were even married. However, his identity is still a mystery.

What we did learn was that her first husband suffered from cocaine addiction. It made him erratic,  and abusive towards his then-wife, Tia. The abuse went on for several years as Torres suffered in silence. She was not only beaten but also tortured.

She was in an abusive marital life where her husband beat her in the influence of the substance. Things got so bad at one point that even her husband’s rooster decided to attack her.

She was on the ground screaming and shouting for help before her pitbull stepped in and killed the rooster in question. Tia was so grateful that she decided to get a tattoo of her dog on her right shoulder as a tribute.

After a while though, Tia made the brave decision to move out, and leave her drug-addicted husband.  Unfortunately, this was not the only terrible relationship she was in. At some point, Tia was also involved with another gang banger, with whom she welcomed her daughter, Tania Torres.

To be exact, Aren and Tia only have one child together, Mariah Torres. She is Tia’s second child. While they were together, Aren also helped raised Tia’s first child, Tania.

Besides Mariah and Tania, Tia adopted two more children. These were Hawaiian twin brothers Keli’ I and Kanani. Her children have supported her throughout the rough times.

Aren Marcus Jackson was born in August 1968 and is set to turn 53 years old in 2021. Regarding his nationality, we learned that he is an American citizen. From all accounts, Aren’s child-hood was not easy. He was a stubborn child who grew up into an equally troubled teenager.

Sources say that he landed in juvenile detention a few times back in the day. Instead of learning from this experience, Aren’s crimes got worse. He would later face incarceration for attempting murder, violating parole, burglary, possessing illegal firearms, stealing cars, and several other offenses.

On the flip side, his former wife, Tia, also grew up in a broken home. Lacking a family of her own. Tia adopted dogs and cats instead.

Over the years, Tia Torres has had multiple sources of income. She served in the US Army and even worked as a truck driver. After leaving the Army, Tia launched the Villalobos Rescue Center.

It set her on a path to reality television. What followed were several television shows on the Animal Planet network. Research shows that reality stars can earn upwards of $20,000 every time they appear onscreen. To date, Tia has featured on eight different shows, which has bolstered her personal wealth.

As of 2021, Tia Torres’ net worth is estimated to be $300,000. This figure could have been much higher if most of her work wasn’t non-profit. However, for Tia, it is not just about making money.