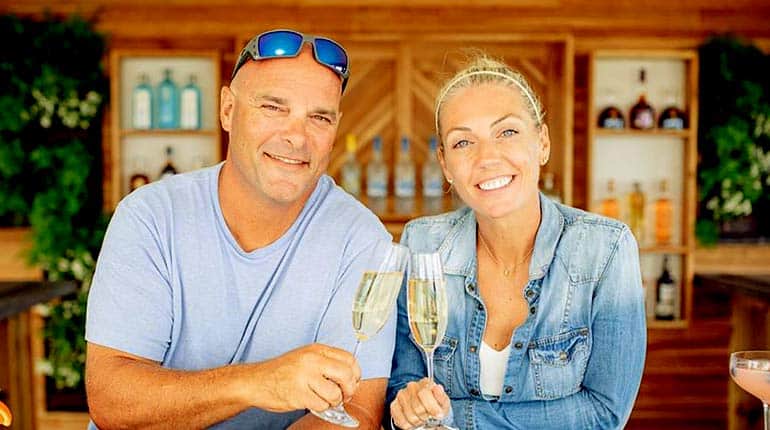 Sarah Baeumler is a Canadian television personality and fashion enthusiast. She is also the co-host of the television show, Island of Bryan, where she works alongside her husband, Bryan Baeumler.

On the other side, her husband, Bryan, is a Canadian television host, judge, and craftsman. As a television personality, he has hosted numerous HGTV television shows like Disaster DIY, House of Bryan, Leave It To Bryan, Island of Bryan, Bryan Inc., and many others. He even was a judge on Deck Wars and Canada’s Handyman Challenge.

As Sarah came into fame after exchanging the wedding vows with the television personality Bryan, there is very little information on her past days. She did not mention the details of her parents and family life; however, she once claimed that she has an older sibling sister.

Sarah was involved in numerous jobs before working as a television personality and fashion enthusiast. Her first profession was a camp counselor at Camp Totoredaca in Ontario. Soon after, she left the job to work at Spaghetti Factory as a bartender.

As Sarah was quite keen in dancing, she completed her dancing training side by side. She even opened a dance academy, Balletomane Performing Arts in Oakville.

Now, as a television star, Sarah appeared in numerous of her husband’s shows like Home to Win, House of Bryan, The Island of Bryan, and Bryan Inc. All of the show is about home renovations and interior designing.

While talking about Sarah Baeumler’s net worth in 2020, her net worth is not disclosed in the media. However, her husband, Bryan Baeumler’s worth is $15 million.  She, no doubt, enjoys a lavish lifestyle with her million television personality husband.

Sarah Baeumler was born on 26th March 1978 and is currently 41 years old. She was born in Oakville, Canada. She is of Canadian nationality, whereas ethnicity is Caucasian white.

The secretive Sarah has never opened up about her family life, including parents and siblings. Regarding her educational background, she studied at the Appleby College in Oakville, where she met her husband, Bryan.