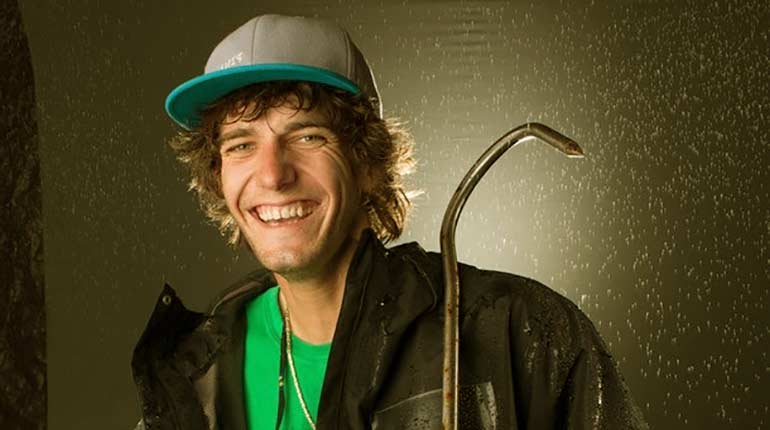 Tyler Mclaughlin, born on 22nd December in the year 1987 is the youngest captain on Wicked Tuna. The show was the brainchild of the National Geographic Channel. Given that Tyler is the youngest member of the cast, which doesn’t mean he is inexperienced. Read this to meet Tyler McLaughlin’s Wife-To-Be girlfriend Savannah Tapley.

Tyler came into prominence with the show but what made him excruciatingly famous is the name that he gave to his father’s fishing boat, he named is “The Pacifier,” it was a slick move. The fisherman likes to catch the bigger fishes in the ocean and often combines his skills with other people. His partners are Adam Moser and Alex Whitney. Get to know Tyler Mclaughlin’s net worth in the next few paragraphs.

The moment Tyler McLaughlin finished school, his father gave him a boat to lease. He became an expert in fishing in no time, and this led him to become one of the youngest boat captains in the world. The reality star specialised in the hunting of the Bluefin Tuna.

Before featuring on the show, he used to be a captain of another boat called the Pinwheel, on which he and his friends would fish. The man had a decent net worth even before joining the show.

In the show, all the fishermen, including Tyler, are entirely focused on catching most fishes in the heart of the Atlantic Ocean.

Tyler McLaughlin joined the show “Wicked Tuna” when the show was in the second season which makes him one of the essential fishermen of the show. Tyler, in his debut as a reality television star, became the winner of the tournament of the second season.

As per sources, Tyler McLaughlin has a net worth of $400,000. His entire net worth comes from his successful career as one of the best fishermen.

Tyler McLaughlin Girlfriend Savannah Tapley. He is Not Married to Wife.

Given that Tyler often spends much of time at sea, that doesn’t mean he cannot maintain a relationship. Mr Mc Laughlin has been in a beautiful relationship since 2015.

The name of Tyler McLaughin love interest is Savannah Tapley. The two are adorable in love with each other. According to the sources, the couple does get well with each other, and since the inception of their relationship, they have been incredibly happy.

According to the media, the family of this young couple is exceptionally close to each other. This only means that over time, there is a highly likely chance that Tyler and Savannah are going to take a walk down the aisle.

The couple usually engages themselves in fishing as well as adventurous outdoor activities. She often joins Tyler McLaughlin in the finishing activities as well. Savannah is also extremely close to Marissa McLaughlin, Tyler’s younger sister, they get along well.

As of now, they want to keep focusing on their respective career and keep their love life confined to being lovers, but with time, things might advance, and they might end up being husband and wife.

The American Red Cross has awarded Tyler the First Responder Award in the year 2015. Tyler was honoured for his bravery as he rescued two of the crew members of a sinking vessel called Miss Sambvca. The boat sank to the bottom of the sea in October 2014.

The acclaimed young captain of the pacifier stepped into the wrong side of the law. In the year 2016, in April, Tyler had assaulted a person, a fisherman.

Tyler Mclaughlin was immediately charged with a lawsuit based on misdemeanour assault. Tyler punched the guy twice on his eyes more than a couple of times, which made both his eyes turn black. The noble fisherman turned himself in and received bail with $10,000 as a fine.

Tyler Mclaughlin’s family details are not mentioned anywhere; nevertheless, He was born to a fisherman named Marty McLaughlin.

Tyler Mclaughlin is a famous fisherman who came into prominence with his debut in National Geographic Channel’s Wicked Tuna. He has a net worth of $400,000.