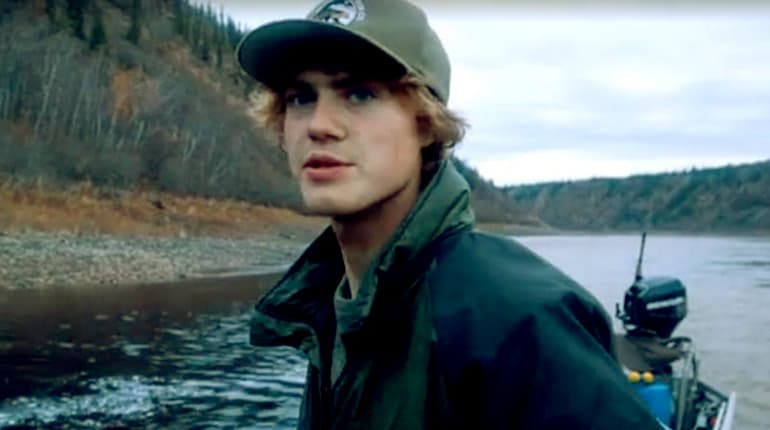 Some people loathe the woods, but not Charlie Jagow. On Discovery channel’s The Last Alaskans, you’ll find the young lad trapping animals and skinning them for survival. Most kids his age are either in college or having frat parties.

On the other hand, he exposes himself to sub-zero temperatures and in doing so, endangers his life. As a result, many publications are citing Charlie Jagow’s death as well as his parents(father Paul and mother Dawn Jagow). We’re here to set the record straight and report on his net worth, family and overall biography.

To start, Charlie Jagow’s death rumours are false as he is perfectly alive and healthy. He is more than okay; he owns a plane and lives an independent life as a reality star.

Sure, it may be lonely, but he likes it. The rumours about his death lack merit and basis. Similarly, there are no death and funeral announcements for the reality star all over Fairbanks, Alaska, where he lives.

The same rumoured death wave also made its way to the reality star’s parents. Like the former, it’s also false. Charlie Jagow’s parents are alive and riding out their old age in Fairbanks, Alaska.

His father, Paul Malcolm Jagow, was born in 1947 and grew up as a staunch Christian in New York City. When he came of age, he moved to Carmel, New York and finally to Porcupine.

On the other hand, The Last Alaskan star’s mother, Dawn Jagow, also grew up in New York City. Before she moved to Porcupine, where she met her husband, Dawn lived in Pelham, Westchester County.

Life as a reality star pays exceptionally well; especially if you’re in a recognised network such as the Discovery Channel. Charlie Jagow’s net worth amounts to approximately $100,000 mostly from his appearances on The Last Alaskans.

The series might only have four seasons ever since it premiered on the Animal Planet in 2015, but he already has a fan base. Charlie started as a teenager and is currently of drinking age. But wait there’s more.

According to his Facebook page, the reality star started a new job at Double Shovel Outfitters on June 16th, 2018. He grew up in Fairbanks, so the least he could do was offer his services as a guide to tourists and hunters. Putting his skills as a trapper will likely increase his net worth; one way or another.

Charlie Jagow was born in Fairbanks, Alaska in the year 1998 and is 21 years of age as of 2019. He grew up in the Arctic National Refuge with his big sister, Joanna.

Together, they ran with sledge dogs on competitions like the Two Rivers Dog Mushers Association. During the fall, they would go fishing and learnt the art of trapping from their parents.

Charlie Jagow’s sister Joanne is currently a pediatric nurse at the Fairbanks Memorial Hospital. She got the job after earning her nursing degree from the University of Alaska Fairbanks. On the other hand, Charlie too has his fair share of education.

According to his Facebook page, he attended Lathrop High School. However, unlike his sister, he chose a more secluded lifestyle. The only upside about it is that it pays well and we get to see him every Sunday on the Discovery Network.