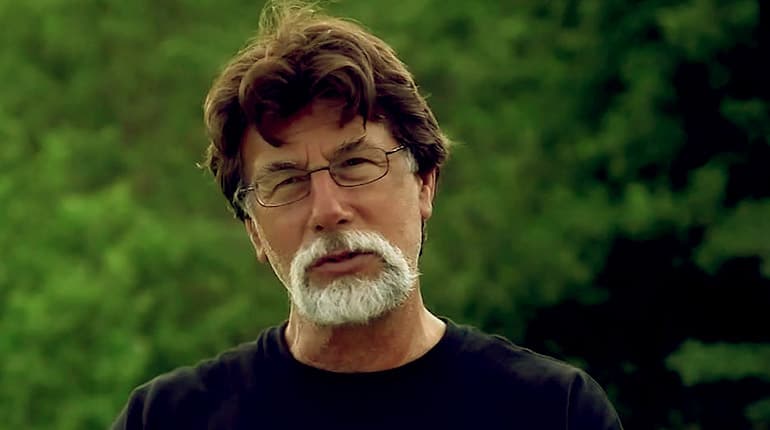 History channel’s The Curse of Oak Island brings out the best of two brothers, Rick and Marty Lagina, in their treasure hunt quest. Legend has it that the island served as the community bank for pirates after a successful raid.

Whether it’s a myth or genuine, the real gems are the actors whom we’ve all grown fond of.  Fans can’t get enough of them and go as far as digging into their personal lives.

That said, is Rick Lagina married to a wife? Is he straight? Or is he gay? It’s all quite strange, so let’s debunk the mystery together.

Is Rick Lagina Married to a wife?

The personal life of Rick Lagina has been the interest of a lot of fans ever since he first stepped into the spotlight in 2014. In return, he has done nothing to help his fans quench their thirst for knowledge on his private affairs. Looking at it from a different angle, it’s totally okay to lead a secret life as a celebrity. What irks most people, however, is his private social media account.

There are no leaks about his potential wife or marriage of some sort. One user on Facebook mistakenly commented, “Nice to see Mrs. Lagina’s…” on a picture he took with two women and a guy looking all close and cheery. He, however, clarified the matter right under to mention that the ladies were his two sisters.

The need for info on whether Rick Lagina is married to a wife has spilled over to spark a few rumors. Some fans went as far as creating not one but two Facebook accounts, namely, Rick Lagina Fans and Rick Lagina’s Chest Hair Fans. Still, neither one knows anything about his love life. But wait, there’s more

Rick Lagina spotted with a woman in a wedding dress. Could she be his wife?

A picture on Instagram of a woman in a wedding dress standing in Rick Lagina’s embrace took the internet to a frenzy. Some fans posted congratulatory messages, whereas others seemed bothered by the fact that he was dressed up in his grimy stained clothes. Something seemed off about the whole charade.

It turns out; the woman isn’t Rick Lagina’s wife. She is the wife to Kel Hanson, one of Rick’s friends on set whom he was congratulating. The couple ended up having their marriage on Oak Island in Nova Scotia. That, in other words, doesn’t bring us any closer to finding out who Rick Lagina’s wife is.

Typically, when there’s not much information to run with, speculations arise, and stories get fabricated. One such is the question on Rick’s sexuality and the gay rumors that have surrounded his persona. The Curse of Oak Island star has, however, not responded to any of the allegations.

He does seem unbothered by the whole headline. On the other hand, one area he did confirm during the last season is that he is not a father. He could either be married to a wife or married without children or entirely gay. Let’s hope the truth will out eventually. Do check in with us for more updates on Rick’s personal life.