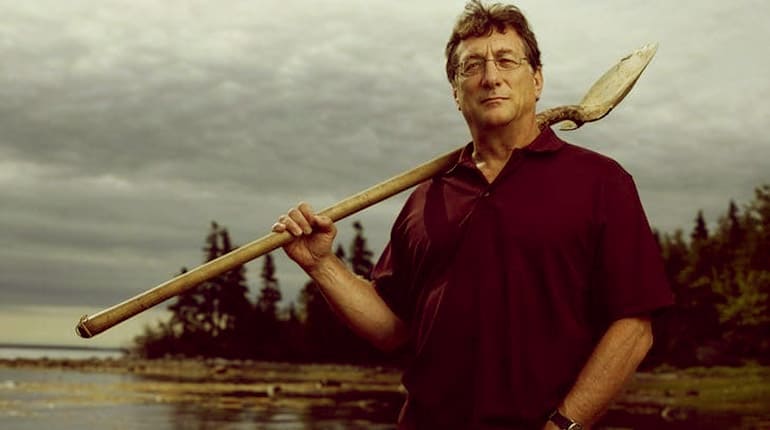 Marty Lagina is a great television star loved and adored by many. Lagina was born in Kingsford, located in Michigan’s Upper Peninsula. He has spent nearly his entire life in Michigan. He shared an adventurous childhood with his brother Rick.

As he is a man from the hard science background, he has constantly been hunting Oak Island. He has gained popularity because of his reality show – ‘The Curse of Oak Island.’

Lagina has also established a name for himself in the winery arena. Since his family has ties to a leading winegrowing area in Italy, he has a passion for wine for a long time.

He also owns ‘Mari Vineyards’ in Traverse City, Michigan, which is worth millions.

What does Marty Lagina do?

Marty Lagina has been doing his best in diverse fields. His background primarily lies in the engineering field and the energy business domain.

He is known to be an avid adventurer who loves to hunt treasure on Oak Island. Apart from adventure, he makes important decisions and leads the Mari Vineyards.  He involves himself in various vineyard activities, starting from the selection of planted grapes to the tasting room’s architectural design.

The involvement of Marty Lagina in ‘The Curse of Oak Island’ has helped him to gain popularity. He not only stars in the popular Canadian reality show, but he is also one of the producers of the show. He employs innovative equipment in the show for exploring three main areas on Oak Island where treasure might be hidden.

Apart from this, his wine business helps him to accumulate wealth. Additionally, he also owns a wine turbine organization known as ‘Heritage Sustainable.’ It is the largest wind turbine company in Michigan. So currently, his hands are full as he is involved in diverse businesses and projects.

Marty Lagina is one of the key financial bankers of the Oak Island Treasure Hunt. So many people are interested to know his exact net worth. Some believe that he is worth approximately USD 40 million.

But there are others who believe that his worth is way lower than that. As per the Celebrity Net Worth, Marty Lagina’s Net worth is $100 million. The wine business is the main source from where most of his fortune comes.

Marty Lagina was born on January 25, 1952. He is 67 years old now, and he will be celebrating his 68th birthday on January 25, 2020. The hidden treasure of Oak Island has intrigued him since a young age.

Marty Lagina is involved in a number of prominent businesses. He is not just a reality star, but he also owns a successful wine business. His wine business helps him to generate a lot of wealth.

He originally got into the winery business with a 3-acre vineyard, called Row 7. Since then, it has been upgraded to a larger operation, which is now called ‘Mari Vineyards, situated in Michigan.

Apart from being a winery owner, he also owns a wind turbine company. As he comes from an engineering background, he has designed this business. It enables him to develop green energy.

During the 1990s, Lagina owned a company known as Terra Energy. The organization was one of the very first energy operations for extracting natural gas from shale. But later, he sold the business for USD 58 million to CMS Engineer. He used the money for starting “Heritage Sustainable,” the new wind turbine firm.

The winery of Lagina has grown from strength to strength since its very start. Initially, he had a humble beginning as a winery owner. But today he has succeeded in building ‘Mari Vineyards,’ which is extremely popular in Michigan.

When he is not busy having adventures, he shares his vision and guides the winery to make important strategic decisions. He ensures to participate in every activity, such so that the winery can stay true and sincere to its dream. His ultimate vision for the winery business is to produce ‘world-class red wine,” which has a subtle hint of his ancestor’s Italian style.

His dedicated effort and sincerity have helped him to transform the former 3-acre vineyard to the renounced Mari Vineyards. Even though he is busy during summers as he searches for treasures in Oak Island, he ensures to dedicate his time and effort to the winery business as well.

Lagina is responsible for devising new strategies at his winery. In addition to this, he makes it a point to use green energy and extra sunlight to grow the grapes for wine. He has a complete dedication towards Mari Vineyards, which is why the business has seen tremendous success.