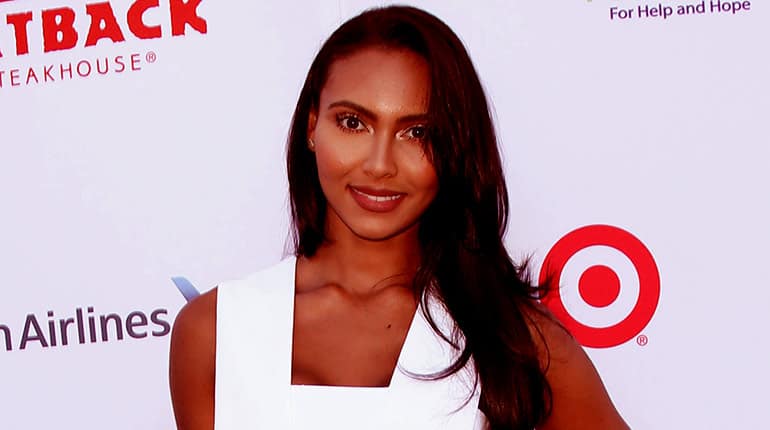 Who Is Shaniece Hairston?

Shaniece Hairston is a growing young reality television star, celebrity model, and entrepreneur who grabbed huge attention for appearing in OWN’s Livin’ Lozada. The show is about the struggles of a single parent, family life, and divorce issues.

Shaniece is the only daughter of Evelyn Lozada.

She first made into Hollywood back in 2015, appearing on The Boris & Nicole Show. While appearing in the show, Shaniece mentioned that her desire to pursue a modeling career came while looking up to her mother.

Eventually, the Wilhelmina Models and talent agency heard the woes and eventually got a chance and signed the deal to start her modeling career officially. It did not take her long to be in the headlines living the glamorous lives of models.

In the same year, Evelyn Lozada daughter Shaniece Hairstone appeared in Livin’ Lozada, who turned out to be the most significant move.

Besides modeling and television career, Shaniece is also a blogger who blogs for her site, shaniecehairston.com, where she shares her life experience. Likewise, she is also a fitness and lifestyle coach.

As an entrepreneur, she launched her self-titled clothing line brand, which has released yoga wears.

Who Is Shaniece Hairston’s Father?

Well, everyone is familiar with Shaniece’s mother, Evelyn Lozada. They are yet to disclose details about her father. There is nothing disclosed about her dad.

While surfing around her social media accounts like Instagram and Twitter,  Evelyn Lozada’s daughter Shanice only had mentioned her father once in Twitter back on 13th October 2012. In the tweet, she referred her dad as some guy from Brooklyn who has green eyes.

Who Is Shaniece Hairston Dating?

After a couple of relationship failures, the 26 years old model has tried her best to keep details of her relationship and affairs away from the media. As of now, she has not been captured in any moment, along with any boy who can be assumed as her boyfriend. Thus, many sources have reported that Shaniece is currently single.

However, Evelyn Lozada’s daughter Shaniece Hairstone previously dated a couple of boyfriends. Back in 2012, she was in a relationship with Sean Kingston, who is a rapper. Their relationship was not long term, as they dated for only three months.

After breaking up with Sean Kingston, Shaniece Hairstone started dating Zat Knight, who is an English premier soccer player. They dated for around three years before officially ending their relationship.

In 2018, there were rumors about Shaniece’s dating life with R&B singer Usher. However, she later denied the romance rumors.

Shaniece stands at a height of 5 feet 6 inches. She weighs around 56 kg. She has a well-maintained slim body build. Black hair and brown eyes are Shaniece’s distinctive characters.

Shaniece Hairston was born on 15th June 1993 and is currently 26 years old. She was born in the Bronx, New York, the United States of America. Her mother was only seventeen years old when she was born.

Shaniece Hairstone is of American nationality; however, her ethnicity is unknown as there is no information for her father.

Her mother, Evelyn, was previously married to baseball left fielder Carl Crawford with whom she welcomed a son, Carl Leo Crawford.

1 thought on “Who Is Evelyn Lozada Daughter Shaniece Hairston’s Father?”