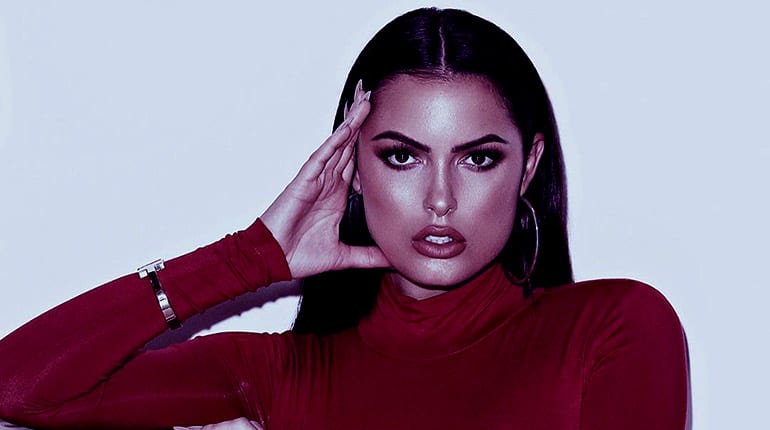 Most guys are naturally drawn to sports, cars, and beautiful girls. Netflix’s Car Masters: Rust to Riches is a show about car restoration, but with Constance Nunes, a gorgeous young supermodel as one of their mechanics. You can hardly recognize her on the cover of magazines after she cleans herself from all the car grease stains.

To find out more about Constance Nune’s net worth, age, husband, and Wiki, be sure to check out the entire article. Some of the info we dug up on her might just surprise you. Also, know her husband Jared Toller.

Who is Constance Nunes from Gotham Garage?

Constance Nunes is a young American model-mechanic who works under Mark Towle’s Gotham Garage. However, she has her origins set on Portugal, where she was born and partly raised. Nunes is the kind of girl that will blow you over to stay at home drinking wine after telling you she’s busy working – or so she said in her interview with Maxim. Regardless, underneath all that is a sweet, lovable, quirky girl with a good sense of humor.

The model-mechanic was born on November 17th, 1989, which makes her current age 30. Similarly, her zodiac sign is that of Scorpio. Most sources, however, have it wrong that she was born in Los Angeles.

Constance Nunes is now a Cast of Car Masters.

Constance Nunes took up an active role in Netflix’s original series, Car Masters: Rust to Riches. It follows her work in car restoration alongside other casts such as Mark Towle, Shawn Pilot, Mike Caveman Pyle, and Tony Quinones.

The show’s premise follows the crew and their efforts to repair, upgrade old vehicles with minimal expenses and flip them for profit. So far, the series has had two seasons since 2018, with the second wrapping up its 8th episode in March.

It’s too soon to tell whether we’ll get to see Constance Nunes in the third installment of Car Masters. However, if it’s one thing she loves is bringing old muscle cars back to life, so chances are she’ll most definitely be back.

Back in 2018, the car enthusiast let it known to the world that she’s pretty upfront when she’s interested in a guy. She’d walk right up to your face, pull you for a side chat over a drink, and make out with you afterward. That said, you may be wondering how does a guy like you gets lucky with a girl like her?

Well, you don’t. Constance Nunes is already taken. Constance Nunes and husband Jared Toller got married back in February 9th, 2019, at the Newhall Mansion in Piru, California, after dating for years. The theme of their wedding was unorthodox in all black, including her wedding dress and cake.

We weren’t able to nab any wedding invitations, but we assume most of her friends and cast from Car Masters were present. There is no information about her husband Jared Toller just yet; however, from their Instagram posts, he may as well be a model like her.

Everyone knows that the modeling industry pays well – especially when you align yourself with known brands. Nunes’ career as a model began in 2008 as part of the Los Angeles-based modeling agency, NTA Models.

Over time, she branched out, increasing her net worth ten folds by working with automobile brands such as Jeep Wrangler, Jockey, and many more, including Adore Apparel, Motorolla, Reebok, and Finishing Touch.

Did you know that the 30-year-old also featured in 2016’s KIA Super Bowl commercial and Model Mayhem? At some point in time, she also worked as a stuntwoman in films such as Dodgeball and Bring it On.

Other sources also include her partnership with Netflix on her appearances on Car Masters. She makes over $1000 for each Instagram post. As of 2020, Constance Nunes Net Worth is $1 Million.

However, we do know that she spends most of her cash on cars. The supermodel has had a 1964 Ford Mustang ever since she was sixteen. She nicknamed it her ‘Babystang.’ The vehicle, in all its glory of a six-cylinder engine, receives royalty treatment, such as taking up two parking spaces so as not to damage the paint job.

Constance Nunes was born in Portugal but grew up in Los Angeles, where she still lives with her husband and dog named Buff. She was raised by a geared of a dad who was an excellent drag racer as well as a mechanic. She looked up to her father and developed a passion for cars. Other than that, most of her life is private, with nothing on her education, mother, or siblings.

Is Constance Nunes a mechanic?

Several fans have gone on social media to question whether Constance Nunes is a mechanic, or she was shoehorned into the series to boost its viewership. The truth is she does know her way around cars – a skill she got from working around her father’s garage.

If that doesn’t sell it, wait till you hear about her business. The 30-year-old model/mechanic loves building custom cars and selling them at a profit – away from the Netflix series. She keeps a detailed account of the entire process through her blog, CarsbyConstance, which ought to shush all the naysayers.

Constance Nunes has a significant following on Instagram, Twitter, and Facebook. When she’s not busy sharing her photoshoots, you’ll find her promoting her Netflix-based series. Some of her most beloved possessions are her car, Babystang, and Buff, her dog.