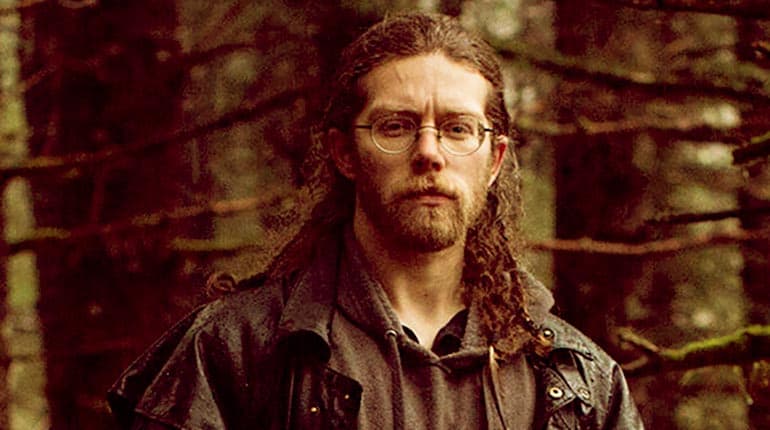 Bam Bam debuted on the show along with his family in 2014. He is referred to as ‘Bam Bam’ or ‘Bam’ on the show as he is the most energetic one of all his siblings. His real name is Joshua Brown. He was raised onboard the Brown family’s fishing boat. He is often the expert when the family is in water for any fishing adventure.

Born among the bushes, he developed a passion for anything electrical and reading books as they were away from civilization, and those things might have intrigued him.

Ami Brown, their mother homeschool every child in the Brown family, and it was the same for Bam Bam. Bam Bam was born on September 18th,1984, to a family of four with the five siblings yet to come.

His siblings Gabe and Noah, are already married while he and matt are still only dating. The three youngest of the family are yet to be in any relationship.

Bam Bam and his father, Billy Brown, were charged for fraud for having filed living in Alaska while they weren’t in Alaska for six months. They didn’t get jail time, but there was a $21k fine.

Net worth and salary.

The 35 years old star of Alaska Bush People is estimated to be $300k. Bam has left the show and went to live in the city with his girlfriend. So, his net worth and source of income might come to change completely.

The Brown families estimated net worth is $60 million as a whole, including their 500 acres of land. Billy Brown and Ami Brown earn a staggering $500k wage. Snowbird makes and estimated revenue of $60k per year. Noah brown earns $65k from the show yearly. Matt Gabe and Bear average around the net worth of $150k each, and Rain makes $8k to $15k per episode and is worth $100k.

Bam Bam Brown is dating Allison Kagan. He met Allison while filming the show Alaskan Bush People, where she worked as a supervising field producer.

The couple yet not have a kid, and Bam Bam has left the show to live with his girlfriend in the city. Bam Bam doesn’t even want to be in the show, according to an insider. His parents Billy and Ami Brown, treat Allison poorly. Bam Bam doesn’t like his parents for that reason and wants nothing to do with the family. 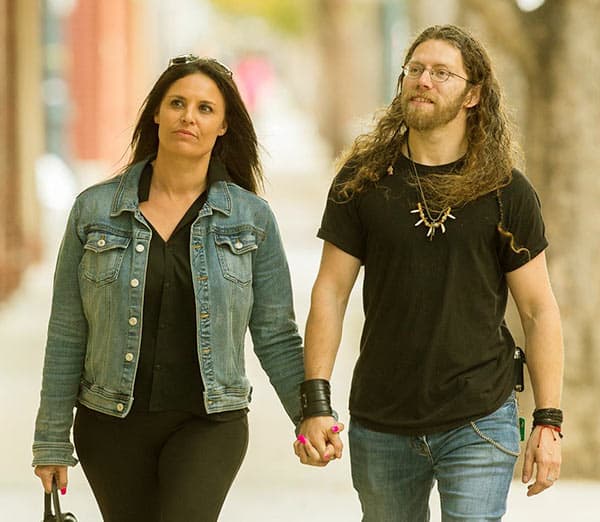 Bam and Allison are currently on the show only due to the contract and are planning to leave Alaska as soon as the program is done.

No, Bam Bam Brown is not married to his wife now.

Bam Bam Brown is currently 35 years old. Born on 18th September 1984, Bam is the second son of the Brown family. Bam was energetic than his siblings from a young age, hence the nickname, Bam Bam.

Bam Bam was curious and sharp from his childhood, not relying on anyone with anything that he needed/wanted to do. He is interested in electronics and reading books. He has been good at hunting, fishing, and tracking naturally as he was born in the bushes. Bam Bam Brown would read books under his favorite tree in his free time.

He matured as a free thinker and an observer. Carrying his camera everywhere, he goes taking a picture of the momentary beauty to preserve it forever.

In 2017 he bought a 100ft boat with Kagan and renovated it, and the couple is currently living in the boat. He also grew up on the fishing boat of the Brown family.

What is Bam Bam doing now?

Bam Bam doesn’t seem very active on any social media platform except for twitter, where he occasionally makes a post. He played his role in the season 10 of the Alaskan Bush People. So, he is just living his normal life with his girlfriend on their boat. He is just enjoying the happiness that life has to offer and savoring it his way.