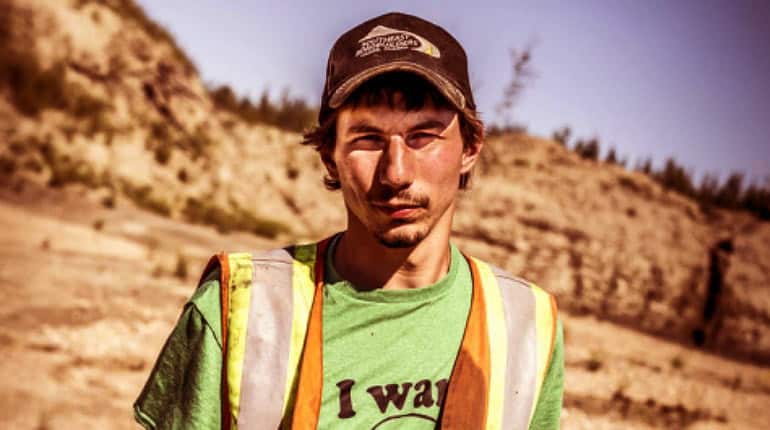 If you are into the world of celebrities and stars, then you must have heard of the name Parker Schnabel. He is the grandchild of a famous John Schnabel and a frequent cast member of the TV reality series Gold Rush that features on Discovery channel.

Just like his dad, Parker dedicated his life to pursuing his career and talent. He developed an interest in gold mining at a young age that made him drop out of college. Dealing with nuggets of gold is no easy feat, and that’s why we want to look at Parker Schnabel’s net worth.

Parker Schnabel’s net worth is quite high for a man his age. He can thank the fact that he is the lead star of the popular TV show Gold Rush. It is a reality show that showcases the mining activities of miners and gold diggers in Alaska. Parker comes out as a highly talented and impressive leader.

Parker Schnabel’s primary source of income comes from mining gold. Owing to his experience over the years, Parker understands the land quite well and knows where to locate gold. Being a lead star in a popular TV series means that he also rakes in some good cash.

In every episode he makes an appearance, Parker earns $25000. Roughly, his salary amounts to $500,000 per year. Overall, Parker Schnabel’s net worth is $8 million.

His House and Cars

With the kind of money power, he commands, one would only expect class and elegance in Parker Schnabel’s life. Parker purportedly owns a mansion worth $950,000. Quite an extravagant house for a 23-year-old. No information about his cars is yet to be released to the public.

Parker Schnabel’s career life is one of many exciting turns. If anything, there ought to be some life lessons you can draw from it. This is a man who, at the tender age of 16, dropped college to initiate a gold mining career.

And to the surprise of many, his resolve, focus, and dedication finally paid off. Gold mining has increased not only Parker Schnabel’s net worth but also his popularity.

Luckily for Parker, he was raised in a family of gold miners. His grandfather, John Schnabel, was first a mayor in Haines Alaska before giving it up to pursue his gold mining interests and ventures.

As early as 1984, Parker Schnabel’s grandfather claimed and bought the Porcupine Creek. While his earlier intention was to use the creek as a vacation spot for him and his family during Summer, John had other thoughts.

He sunk deep into gold mining at the creek that later became known as the Big Nugget Mine. In the pursuit of his interests in mining, John Schnabel had this young man who always tagged along with him. The young man was none other than his grandson, Parker Schnabel. Parker would spend most Summers with his grandfather at the gold mining site.

It’s from his time at the mines that Parker developed a deep-seated interest in gold mining. Also, the love and bond between him and his grandfather may have grown stronger to the point the older man entrusted the mining venture to the then 16-year old Parker Schnabel in 2011.

Even though he had stepped down from the day to day activities of the mining operation, John could still hang around the mine to supervise his grandson.

Parker took a leadership role at Big Nugget Mine, managing people twice as his age and thrived big time. While mining, he also began featuring in Goldrush, a television reality show on Discovery Channel. The highlight of his career came in the fourth season of the show.

Using his college funds, Parker Schnabel dropped out of college, bought drilling equipment, and ventured into his gold mining venture. His big break in the show came when he stumbled upon gold worth 3.7 million dollars. Let’s say his net worth and fame skyrocketed from thereon.

His Mining Team in Gold Rush.

Also known as the Parker crew, Parker Schnabel’s mining team features in different seasons of the TV series Goldrush. Despite his young age, Parker has been able to demonstrate his competency in leadership by managing people older than him. Here is a brief overview of the current members and the seasons they featured.