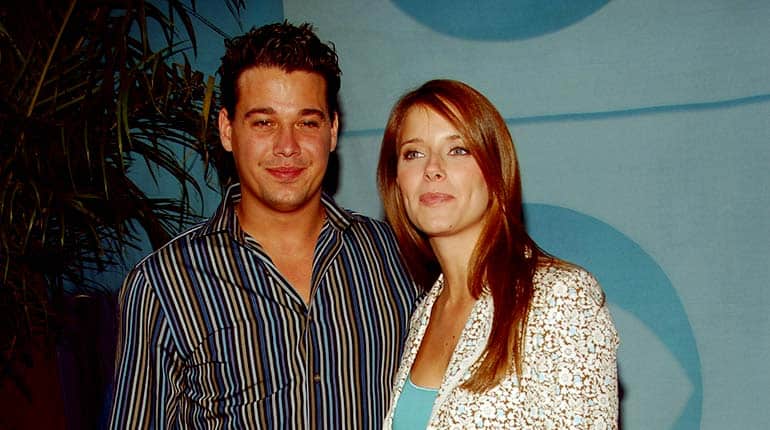 Amber Brkich Mariano is a famous American television personality and shows the winner who has won Survivor: All-Stars. The television star has also appeared in The Amazing Race twice. She, however, is also famous as Rob Mariano’s wife.

The television personality first came into the hype after she was a cast on Survivor: The Australian Outback. She also appeared in the reality series Survivor’s second season. Soon after appearing on the Survivor series, she got a chance to feature in numerous magazines like Stuff and Maxim.

As a television star, Amber also got a chance to work in numerous ad campaigns for Adelphia Cable, Rite Aid, and Mountaineer Racetrack.

Amber Brkich also made her television return appearing in Survivor franchise to appear in Survivor: All-Star. She was announced the winner of the show. The show brought not only her immense luck and fame but also a loving partner, Rob.

Amber and Rob went on to compete on The Amazing Race’s season seven and season eleven.

Many people assume that the couples on reality shows do not tend to have a long relationship and break up right after the show ends. But, there are some pairs like Rob Mariano and Amber Brkich who have proved all those views wrong.

The beautiful duo first met while filming in the eighth season of Survivor: All-Stars. They were allies for the entire season; thus, when Rob won the final immunity challenge, he, without a second option, picked her to go to the final two.

Amber and Rob engaged on 9th May 2004, in the show’s finale at the Madison Square Garden located in New York City.

Just a year after getting engaged in the live, Rob and Amber exchanged the wedding vows on 16th April 2005. The pair’s intimate wedding ceremony was held at the Atlantis Paradise Island, located in The Bahamas.

CBS even aired two hours exclusive video of the pair’s wedding with the title of Rob and Amber Get Married on 24th May 2005. Soon after tying the knot, the couple moved to Pensacola, Florida.

As of 2019, Rob and Amber have been married for fourteen years without any issues of divorce or separation issues.

Talking about Rob and wife Amber Brkich’s children, the duo is blessed with four kids in total. Four years after getting married, Amber gave birth to their first child, daughter Lucia Rose on 4th July 2009. In the following year, the pair welcomed their second child, daughter Carina Rose on 10th December 2010.

Amber Brkich and Rob Marino, who fell in love meeting in a reality show, have proved many people that reality star’ couple also last in real-life as well. They have somehow convinced the odd facts about the people falling in love with on-screen.

It is 100% true that Amber and Rob are still a married couple and enjoy a healthy marital life with no issues of divorce or separation issues. All those divorce issues are just rumors as they are happy together alongside their four daughters.

Amber Brkich’s Other Facts And Biography

Rob Marino’s wife Amber Brkich was born on 11th August 1978, and is 41 years old, as of 2019. Her full name is Amber Joy Brkich. She was born in Pittsburgh, Beaver, Pennsylvania. Amber Brkich is of American nationality and belongs to the mixed ethnicity as her parents are of Croatian and Albanian descent.

Regarding educational background, Amber studied at the Beaver Area High School and later attended Westminster College, where she graduated with a degree in Bachelor of Arts in Public Relations.