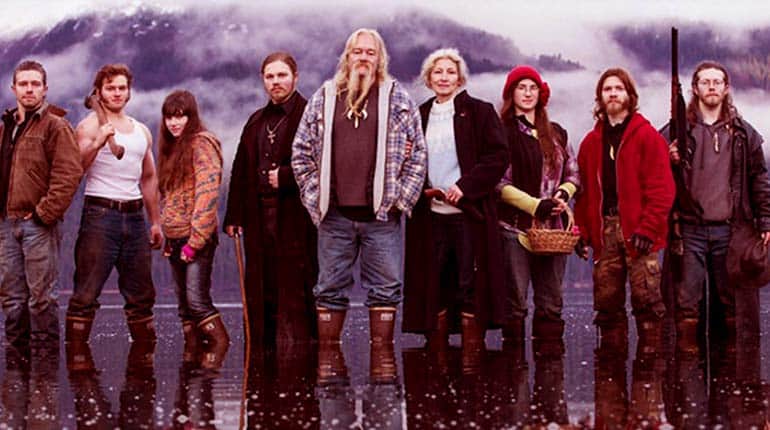 The Alaskan Bush People is a show on the Discovery Channel. It has been on the air for about six years now. At the helm of the show is the Brown Family. Bill and Ami are the head of this family. They have seven children in total. Know about Alaskan Bush People Death.

These are Noah, Snowbird, Matt, Solomon, Joshua, Gabriel, and Rain Brown. Over the years, rumors have circulated that one of the family members had passed away. Find out if that is the story about the Alaskan Bush People Death is true. We will also examine Amy Brown’s cancer status and update.

Did anyone die in Alaskan Bush People?

Owing to the show’s rising popularity, information about the Brown family is in high demand. One of the stories making rounds centers on the Alaskan Bush People Death story. Did someone die on the show? Let us nip this in the bud.

There have been no reported deaths on the show as all the members of the Brown family are still alive and kicking. The only related death was when the youngest member of the family, Rain Brown, lost her beloved cat, Chipmunk Cheeks. She moaned the loss on an Instagram post after her cat had been run over by a car.

Rain’s mother also had a close call with cancer, but this did not result in death. Other than that, the only other person who incurred any health-related complications was the patriarch of the family, Bill Brown. He suffered a health concern a few years back, but recovered and is doing better.

It would also be prudent to note that Bill Brown lost both his parents and only sibling in a plane crash while he was still young. This was, however, long before the advent of the show, the Alaskan Bush People. This was back in the 60s.

Amy Brown, the matriarch of the Brown family, received a terrible diagnosis back in 2017. She was told that she had stage three non-small cell lung cancer. This, combined with her mother’s passing, put her in a terrible state.

But with the support of her family, and her oncologist’s expertise, she was able to power through. Her doctor put her through a four-month radiation chemotherapy course to destroy all the cancer cells.

Fortunately, the treatment worked, and a year later, her doctor was able to deliver the good news that Amy was in remission. As of 2019, she is cancer-free.

Unfortunately, cancer was not the only ordeal she had to put up with. Some fans questioned her story entirely, claiming that it was only a ploy to garner attention for the show. This, however, was entirely false, proven so as her doctor came out to release an official statement.

Matt Brown suffered the only serious reported accident on the show. This came while the reality star was attempting to make homemade bear repellent. Matt left a jar filled with cannon fuse and gun powder in his fridge. It inevitably exploded, resulting in a severe head injury.

Matt had to be rushed to the hospital, where he received about ten stitches. He was even housed in the ICU for a few days as a result.

Fortunately, Matt made a full recovery and left the hospital. At another point, Matt also had a brush with the authorities for driving under the influence. Fortunately, this did not result in an Alaskan Bush People Death.