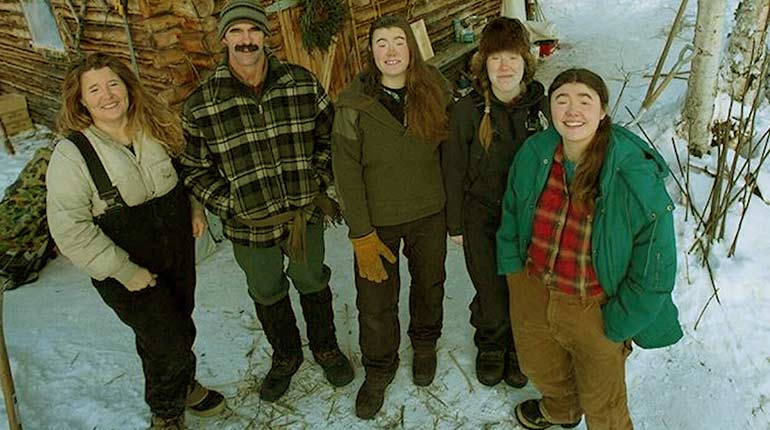 The Last Alaskans is a Discover Channel-based docu-show. It follows some families as they go about their day to day lives in the secluded wild lands of Alaska. The Lewis family and few other people are the last of their kind.

They first got a taste of television thanks to the Animal Planet on the 25th of May 2015. Just last year, fans of the popular reality show noticed that the Lewis family stopped featuring in the new season. It begs the question, where did the Lewis family go? Let’s find out.

Ray Lewis is the patriarch of the Lewis family. He is married to a woman named Cindy. Both of them are natives of Alaska, and adept at surviving its notoriously tricky terrain. They have lived on the land for over thirty years. Ray and Cindy have three children together. These are all girls: Molly, Emma, and Sarah Lewis.

All five members of the Lewis clan featured on the reality show, ‘The Last Alaskans.’ The family’s debut episode was titled ‘No Man’s Land.’ Ray’s family also appeared in the second season.

What happened to the Last Alaskans Lewis family?

During the third run of the Last Alaskans, we noticed that fan favorites the Lewis clan were nowhere in sight. It raised a lot of questions as concerned fans wanted to know if the family was okay. Eagle-eyed viewers, however, had noticed that the promotional package of the show’s third season had left out the Lewis family entirely.

When people reached out to the discovery channel for answers, they were happy to oblige. They said that the head of the family, Ray Lewis, had developed a passion for building houseboats. It was even featured on the show a few times.

The boat was completed by the end of the second season. The Lewis family set out on a new adventure after that. Ray took them across the Alaskan waters. Including them on the show as such became a nuisance for the producers.

Ray and his family spent more time on the boat than they did on the land. A good chunk of the show is filmed at the Arctic National Wildlife Refuge. The Last Alaskans Lewis family’s absence from the refuge meant that they could no longer appear on the documentary based show.

Where is The Last Alaskan Lewis Family?

The Last Alaskans is set to air its fifth season. Ray and his family still remain removed from the popular show.

So, where are they? Well, first off, Sarah, the youngest daughter, still lives with her parents on the boat, which her father built. Her sisters, however, have carved out their own paths. The eldest child in the family, Molly, ventured south to pursue a career as a guide.

She presently leads expeditions in Oregon across the wilderness. Emma, on the other hand, partnered with former co-star, Charlie Jagow. Together, they train and rear sled dogs.