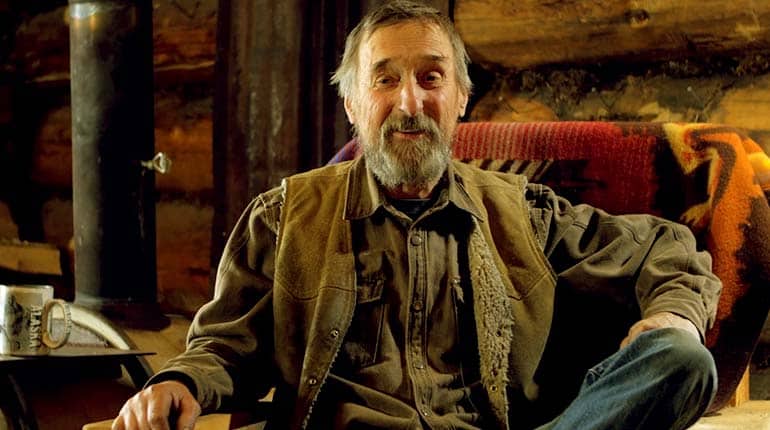 Bob Harte was a fisherman and television personality from New Jersey. He was widely recognized as one of the most skilled Trappers in the state. It prompted the Animal Planet producers to give him a slot on their popular show.

His skills also meant that he could take part in several government-sanctioned competitions. Not surprisingly, he won quite a few of them as sports was something that always came naturally to the fisherman. So what happened to Bob Harte on The Last Alaskan? How did he die? We are here to answer these questions.

Who was Bob Harte?

Bob Harte was a trapping expert who starred on ‘The Last Alaskan.’ The show follows many communities that lived in isolation, completely cut off from the rest of the US. People who were featured on the show had to rely on their wits and survival skills to cope with Alaska’s vast wilderness.

Bob was a part of the show right from the get-go. When it premiered on May 25th, 2015, fans got to see how resilient the man was. His cabin had been ravaged by a grizzly bear who ruined more than two years’ worth of food supply.

He had to think on his feet to survive the harsh winter. It was truly a mark of the character fans came to know and love. The show has aired 36 episodes so far and is about to embark on its fifth season.

Bob was easily one of the most likable personalities on the show. He left a long-lasting impression on everyone who got the chance to meet him.

Bob lived in the Alaskan wilderness for over 40 years. He set up a base in Fort Yukon; this came after he heard about an open trap line along the Brooks Range.

Bob Harte lost his life after a prolonged struggle with cancer. He was 66 years old at the time of his passing in Fairbanks, Alaska.

Fans had noticed the reality star’s absence in the show’s third season. Because of all the speculation, he issued a statement that he could not be on the show because of a few health issues.

After his health deteriorated, he finally let his fans know that he was battling cancer. The treatments wreaked havoc on his body, restricting his movement.

On July 22nd, 2017, his producers announced that the fisherman had passed away. They sent condolences to his family as well.

What happened to Bob Harte’s Cabin?

After the Alaskan trapper’s passing, people began to wonder what would become of his famous cabin. Fans of the show, in particular, can recall the many years Bob spent in that particular cabin.

The trapping cabin not only housed him but his dogs as well. The fisherman was known to sit outside on a special chair he had erected, taking in the beautiful landscape that encompassed him as the sunset.

Well, you will be happy to know that the US Fish and Wildlife Service Arctic National Wildlife Refuge still let his family visit the cabin from time to time.

A memorial episode of the Last Alaskans showed Bob Harte’s widow Nancy and daughter visit the famous cabin. Some of Bob’s personal effects were still inside. The purpose of the visit, as we learned, was to spread the trapper’s ashes around his cabin. It was his final request.

There is no reports that tell us what happened to Bob Harte’s Chevrolet. As he was survived by his wife and daughter, it is likely that it was inherited by one of them. Another possible scenario could have seen the car sold as well.

The trapper was married to a woman named Nancy Becker- Harte. The two tied the knot right before Bob packed up his belongings and moved to Alaska. Interestingly enough, she did not follow her new husband to the refuge immediately.

No, Nancy lived on her own for a while before she joined Bob at the Arctic National Wildlife Refuge. It is also prudent to note that the fisherman was Nancy’s second husband. She was a divorced woman when he met her. Nancy also had a son named Traver with her first husband.

Bob and Nancy had one biological child together while they were together. Her name is Talicia Harte. She was born back in 1984 and is just about to celebrate her 36th birthday.

It is fair to say that Talicia took after her father. He introduced her to life in the cabin right from the onset. She even made a few appearances on the Last Alaskan. Bob Harte’s daughter Talicia has a daughter named Carmella.