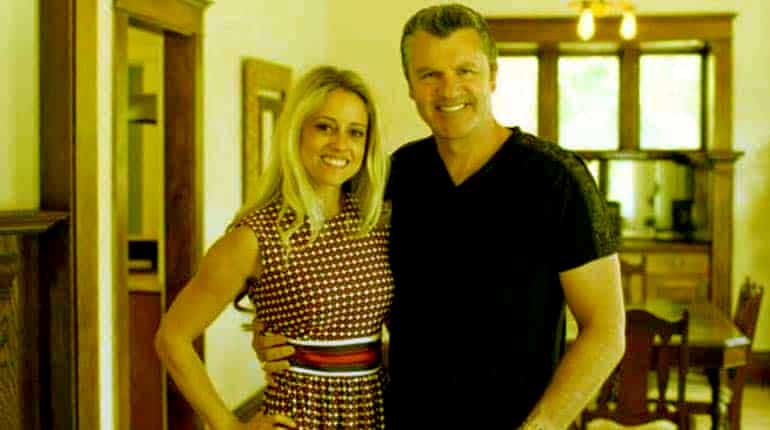 Nicole Curtis is a 43-year-old television host from Michigan. She made a name for herself on the reality show, Rehab Addict. She came into this world on the 20th of August 1973 in a town called Lake Orion.

Nicole’s dating exploits include going out with a businessman named Shane Maguire. The two even had a child together. After a nasty split, their son has been the focus of a prolonged custody battle. Learn more about Nicole Curtis and her relationship with ex-boyfriend Shane Maguire in this review.

Who is Shane Maguire?

Shane Maguire is a Minnesota born Entrepreneur. There is not a lot of information available regarding his life. Judging by the timeline of his relationship with Nicole, we estimate him to be in his mid-40s presently.

Shane was thrust into prominence after he started dating Nicole. After the two separated and ended their heated custody battle, Shane fell off the map again.

Nicole and Shane started dating sometime after the end of her first marriage. This was back in 2009. Not a lot is known about their relationship besides the fact that they had a son back in 2015.

Harper was born after the couple split up. What followed after their son’s birth was a bitter struggle for sole custody. Shane Maguire sued Nicole Curtis for full custody on the 3rd of July.

This came after what he describes were a series of incidents that suggested that Nicole was an irresponsible parent. The suit was on the grounds that she was not a competent mother. He also alleged that she limited his access to their son.

In October 2018, Shane and Nicole reached their first agreement over the custody of their son. They both agreed not to negatively influence their son, and additionally share legal custody. This did not last long, unfortunately.

Just a month later and Nicole Curtis was on her Instagram, hitting out at her ex-boyfriend for denying their son the chance to spend time with both of them.

Shane Maguire would hit back by accusing Nicole of using the whole ordeal to boost her popularity. When the matter was brought before a judge, he barred them both from talking about their son or each other publicly.

The two have since revolved to work together in order to raise their son. Both were worried about Harper’s well-being, especially with him going back and forth from each other’s houses.

Neither is allowed to alter their son’s appearance without consulting the other. Sources also say that they will both share authority when it comes to decision making and bears equal responsibility.

A few years ago, several rumors suggested that the HGTV television host was married to Ryan Severson, a medical officer. This was, however, never proven to be true. Presently, Nicole Curtis remains an unmarried woman. She did go on to date a man named Ryan Sawtelle.

This may be where all the confusion arises from as her current boyfriend and Ryan share a similar first name. As we have already stated, these are two different men. Nicole regularly shares intimate pictures of her and Ryan Severson on Instagram.