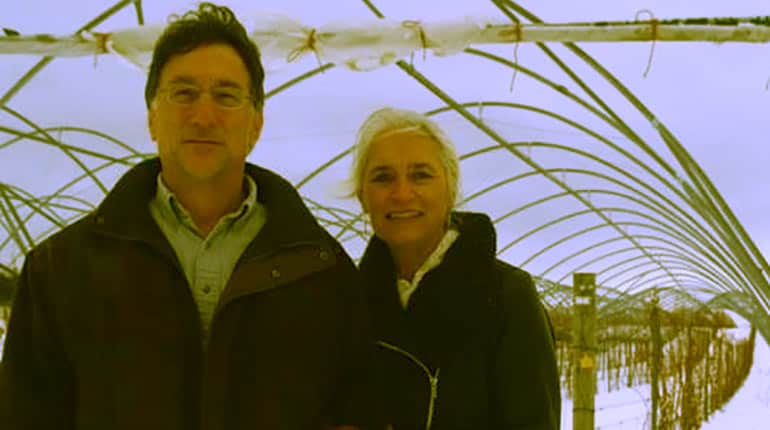 Marty Lagina, with the help of his older brother, Rick, has been instrumental in the success of History Channel’s The Curse of Oak Island for about half a decade now. He has shown tremendous passion and devotion towards their discoveries on the Island.

However, ancient artifacts are far from his first love; and no, we’re not talking about another hobby. Instead, we bring you the story of Marty Lagina’s marriage, wife, and some unheard of details about his son’s death.

Marty Lagina is Married to a Wife.

Credit goes to Marty Lagina for maintaining his marriage with his wife, Margaret Olivia Lagina. While it’s not clear how many years they have spent together, the success of the marriage is visible with their children. They are a tightly knit family that occasionally enjoy a game of baseball together.f

Marty Lagina and wife M Olivia Lagina have two kids; a son, Alex Lagina, and a daughter named Maddie Lagina. According to sources, Alex is the older brother born in 1987 in Transverse, Michigan. He took after his father and attended the University of Michigan to pursue a degree in Mechanical Engineering.

Upon graduation in 2008, he, however, moved back home to help out in the Oakland family business. Later on, he moved up to become the general manager at Villa Mari, an Italian wine manufacturer based in Michigan.

Maddie, on the other hand, isn’t as open as her brother. Aside from the fact that she was also born in Transverse City but currently lives in Ann Arbor, there is very little about her. Her social media accounts are private.

Over the years, there have been numerous reports of tragedies on Oak Island. There was the strange poisonous gas incident as well as the Restall incident in 1965 that killed four explorers. Fast forward to the present time; there have been a lot of rumors linking Alex Lagina and gruesome death.

The truth, however, is that he is very much alive and healthy. Alex Lagina was mistaken for another cast member’s son, who died in the middle of the season.

Craig Tester’s son, Drake, died on March 26th of a seizure. He had spent six weeks on the Island in 2015 and lost his life leaving behind his mother Becky, a brother Jack and a sister Madeline.

Unlike the rest of the family, there is a substantial amount of information on Marty Lagina’s wife. Margaret Olivia Lagina was born on February 22nd, according to the birthday wishes she acknowledged on her Facebook.

She originally comes from the United Kingdom in a city called Stoke on Trent. Similarly, she also has Italian roots. M Olivia Lagina’s family later moved to the United States and settled in New Jersey.

After a few re-adjustments, Marty Lagin’s wife M Olivia Lagina fit right in and attended Ewing High School in the same area. By 1973, she had graduated and has her college prospects at Rutgers College and University in New Brunswick, New Jersey.

Though unclear what course she majored in at the University, we do know that she eventually wound up as Petroleum Geologist at Wiser Oil Company. It’s only natural that she would choose something related to the family’s endeavors in their treasure hunt quest.

Martina Lagina’s wife, M Olivia Lagina, now spends much of her time giving back to the community by organizing and donating to fundraisers. A few examples include the Why I March fundraiser and the St. Jude Children’s Research Hospital Fundraisers.