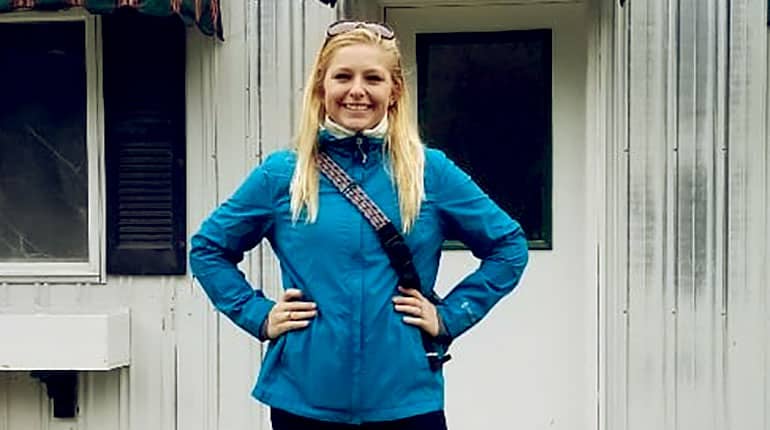 Dr. Nicole Arcy is a Michigan based television personality and doctor who specializes in animal medicine. Being an animal lover, she decided that she would venture into veterinary medicine right from an early age.

It has seen her work with the likes of The Amazing Dr. Pol, which subsequently saw her make the jump to television. Nicole particularly enjoys surgery, as a recent interview revealed. So is she married? Hold old is the good doctor? Know more about Dr. Nicole Arcy as we take a look at her budding career, exploring her biography in the process.

Who is Dr. Nicole Arcy?

Dr. Nicole Arcy is a veterinarian who has made a name for herself on a popular National Geographic Show. This is the Incredible Dr. Pol. The show is based on Pol Veterinary Service, a clinic that treats large farm animals. It is run by Jan Pol, and under his leadership, the clinic has catered to over 20,000 patients.

Fresh off her stint studying medicine at the University of Missouri, Nicole Arcy found her way to Michigan, where she joined Dr. Pol’s team. The big announcement came on the 21st of February 2019.

This was after Nicole had looked all over for a hospital that specialized in the care of large farm animals. She fell in love with the farm in Michigan instantly, as it had everything she was looking for, including exotic animals. At the moment, Nicole is nearing her first year at the clinic.

So far, Nicole Arcy Vet is enjoying her time on the farm, working with a great team both on and off-screen. She has treated exotic creatures such as bearded dragons, geckos, guinea pigs, and even rabbits. This clinic gave her the chance to work with long term employees such as Dr. Emily Thomas and Dr. Brenda Grettenberger.

Their show was first released on October 29th, back in 2011. Fans of the show have been treated to 16 wonderful seasons and over two hundred episodes in the process.

But working with large farm animals always comes with its risks. For instance, while she was trying to fix a cow’s prolapse, Dr. Nicole Arcy got kicked in the leg.

Yet she took it all calmly and continued with her work. She doesn’t let the potential danger from deterring her from her duties. The most interesting case Dr. Nicole Arcy has had was Buckwheat, a horse whose facial sinus she corrected.

Is Dr. Nicole Arcy Married to her husband?

Dr. Nicole is one of the stars of the incredible Dr. Pol. As such, a lot of people have wondered whether she is a married woman or not. We can confirm that Dr. Nicole has not walked down the aisle yet. She just finished college last year, so she is still relatively young.

There are no reports suggesting that she is even dating at the moment. A glance at Nicole Arcy Vet’s social media will tell you that the good doctor is entirely focused on her work at Pol Vet Services. We will update the article should Nicole’s situation ever change.

The television personality was born back in the 90s. More specifically, she celebrates her birthday on the 20th of December. While the exact year of the doctor’s birth remains unknown, we can speculate that she is in her mid-twenties as she just finished veterinary school last year.

Dr. Nicole Arcy is a woman whose early childhood is shrouded in mystery. We did uncover that she grew up alongside a younger sister named Amanda. However, we could not learn who her parents are.

Growing up, Nicole always knew that she wanted to be a vet. Her love for animals was unparalleled, and she had a few pets as well. These include a beagle, guinea pigs, chickens, cats, pet rats, and a German Shepherd, to name a few.

Her inspiration to enroll in vet school came when she was still in kindergarten. On a trip to the vet with her dogs, Nicole met Dr. Good. He not only took care of her pets but also showed her how great the profession was in general. While Nicole Arcy Vet had set her eyes on becoming her vet, sources say that med school was her second option. 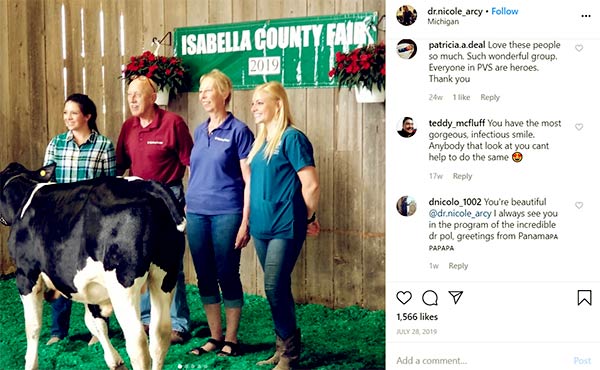 Even before she made her way on television, Dr. Nicole was a huge fan of the show The Incredible Dr. Pol she would eventually go on to be part of.