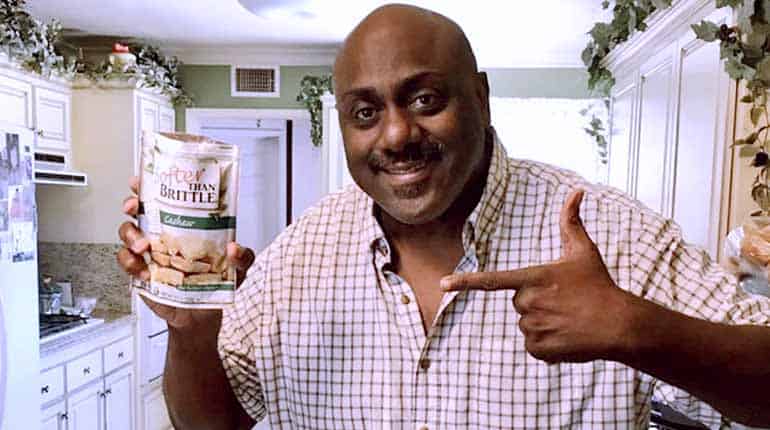 Kenny Crossley is a famous reality TV personality. He was a Sheriff before starring on TV. The former cop was not a renowned person until he appeared on the A&E Network, Storage Wars show. Kenny is jovial and very fun to be around.

Even on the show, he works with his colleagues in a very cordial manner. This is a characteristic that endears him to many of his fans. A great buddy to be around, Kenny befriended Barry Weiss, The mogul, to learn the art of professional buying. Kenny Crossley’s nickname is Praline King. Learn a little bit more about his net worth and career.

The former cop, Kenny Crossley, earns a tidy income from the Storage Wars show. He works as a storage unit buyer.

His colleagues are well paid, and Kenny must undoubtedly be earning a good salary. His colleagues, like Darrell Sheet, are making approximately $30,000 per episode, which Crossley could be pocketing as well.

He owns other businesses that must have made him a good net worth. Kenny Crossley owns a clothing line called Rage on. He sells customized t-shirts for $25. He loves flaunting T-shirts branded, Kenny do it.

Kenny Crossley started his career life by working at the Sheriff’s department, but he quit for reasons not known. Most probably, his love for business made him make a move. He moved to Los Angeles the city of auctions. It is here that he found a job to manage storage facilities.

Kenny Crossley has a good nature that endears him to all people he works with. It was at this store that he managed that he met Barry Weiss, the business mogul. He made friendship to this man. Weiss has a rich history in business, as he has managed large music production companies.

As their friendship prospered, they became business partners, and Crossley got the lifetime opportunity to feature on Storage Wars. He would appear as Barry’s helper on the show on season 2&4.

Kenny had now learned the ropes, and in season 10 he started to appear by himself as a professional buyer. This man, Crossley, has his way with an excellent charming strategy for buying lockers. He rarely fights but takes every step with the coolness of a well-composed buyer. This nature has earned him a lot of respect and love from his colleagues and fans.

The show involves auctioning of storage lockers whose rent has not been paid for more than three months. Kenny and fellow buyers place bids on what they think is the best price for the contents in the lockers. They are only allowed a few minutes to watch from far what is in the lockers.

Kenny is known to bid very calculatedly. He worked well with other cast members as Dan and Laura Dotson and Mary Padia.

Kenny Crossley owns an online store, Rage, where he merchandises a custom clothing line. He sells his name print T-shirts, Kenny do it, which he sells at $25. His fans love the T-shirt that Crossley loves wearing. He also posts a lot of his merchandise on his social media platforms.

Kenny has also appeared on Barry Weiss’ spin-off shows; Barry’d Treasure. He also owns a praline business, Jackies Famous Pralines. In the past, Kenny Crossley has been an Uber driver in Long Beach, California in 2014.

Kenny Crossley has kept a very private personal life. He never shares any of his personal or family life on either the show or social media platforms. It is not clear whether he currently has a family or is dating. You can only see some photos of him holding some small children, who he notes are his grandchildren.

This means he has children who already have his grandchildren. It is not known who his wife is, or if they have children. His main engagements on social media are about his professional relationships.

Kenny Crossley was born in New Orleans. He has continued to be quite private about his current and past life. It is not clear when he was born and how old he could be. Maybe his work at the Sherriff’s department taught him how to conceal his life details as much as possible.

It is not known who his parents and siblings are. Also, his schooling is not documented.