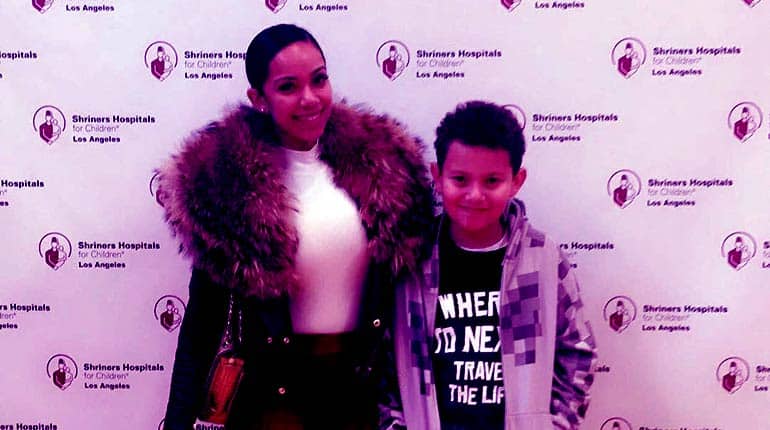 The Hollywood life for Erica Mena came as a result of her work in modeling, music, and reality television. During her spare time, however, she focused on her personal dating life with men in the music industry. While not all of her relationships worked out, one gave her the joy of becoming a mother to a son named King Conde. Here’s everything you need to know on Erica Mena’s son’s biography and other facts.

Erica Mena had King Conde while she was still in her teens.

King Conde was born on March 1st, 2007, and is currently 13 years of age. He recently ushered in the start of his teenage years, whereas his mother, Erica Mena, had him during the end of her teenage years. The Love and Hip Hop star got pregnant with King Conde at 18 years old and delivered him at the age of 19.

Erica Mena’s name making headlines may not always be for the right reasons. She broke up with King Conde’s father, Raul Conde, a revered rapper, citing his physically abusive tendencies. Mena was also involved in a lovers spat with Raul some time back in 2014 caught on tape.

You can check out the video here. The pair have since then worked out their differences for the sake of their son.

Additionally, Erica Mena’s next relationship with rapper Bow Wow also had a negative impact on their son. The reality star later revealed that the reason behind their failed engagement was Bow Wow’s attempted suicide with King Conde in the house.

One of the reasons why there’s scanty information regarding King Conde is his recluse opinion on social media. He despises the virtual world, takes no part in it, and terms it as “Corrupt and extremely malicious,” as seen through her Instagram posts.

Moreover, Erica Mena has done her best to keep him out of the limelight. She once put the haters in their place through a tweet after questioning her son’s whereabouts. Mena has to seek approval from him before uploading his wedding pictures on social media.

King Conde keeps his circle small and away from the virtual world of the web. However, we have learned that he is very vocal about his new baby sister. Erica Mena recently got married to Safaree Samuels and welcomed their first daughter on February 2nd, 2020.

Even before she was born, Conde seemed to be at loggerheads with her mother, who had taken up an anti-vaccination stance with her unborn daughter. Erica shared their chat that was quickly picked up by The Blast and turned into a whole debacle.

“I’m sorry for wanting my baby sister to live as healthy as possible while you’re convinced ignoring what’s right for her is fine? I’m sorry for possibly being disrespectful, but I’m only that way because I’m passionate about this. I love you.”

Even strangers and fans had his back on this.