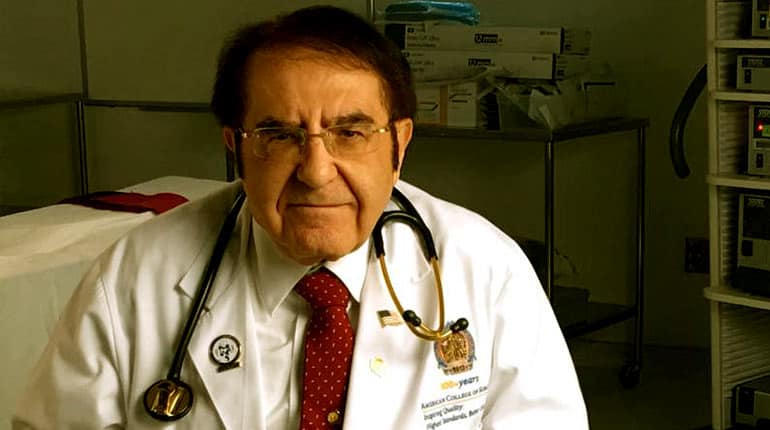 Dr. Nowzaradan is an Iranian-American surgeon, television personality, and author who is widely known for his excellent performances in laparoscopic appendectomies and cholecystectomies. Dr. Now came into the spotlight for appearing on television series My 600-lb Life, where he showcases his excellency in helping obese patients to lose weight.

Dr. Nowzaradan, whose real name is Younan Nowzaradan, was born on 11th October 1944. He is currently 75 years old. He looks younger than his age. Nowzaradan was born in Tehran, Iran, and currently resides in Houston, Texas, the United States of America.

Dr. Nowzaradan holds dual nationalities; Iranian and American, whereas his ethnicity is Asian. The Iranian born doctor has not included information regarding his parents, siblings, and family life. He studied at the University of Tehran.

The 75 years old American surgeon grabbed considerable attention for appearing on the TLC reality television show, My 600-lb Life since 2012. He has appeared in 96 episodes, where he helped the morbidly obese patients to lose weight.

Besides My 600-lb Life, he featured on Body Shock in the episodes like Half Ton Teen, Half Ton Mum, and Half Ton Dad. Dr. Nowzaradan is an author of the book named Last Chance to Live.

As of 2019, Dr. Nowzaradan’s net worth is $4 million that he collected from his medical career. He owns a beautiful house in Houston, Texas.

Dr. Nowzaradan is currently single. He was previously married to wife Delores. They tied the knot in 1975 and divorced in 2002 after 27 years of marital life. The pair welcomed three children together; daughters Jessica, Jennifer, and son Johnathan Nowzaradan. His son is the producer and director of My 600-lb Life.

As Dr. Nowzaradan was dragged into a couple of controversies and lawsuits like patient Michele Park accusing them of leaving seven inches tube inside her body and another patient Tina died after the gastric bypass procedure, many assumed that Dr. Nowzaradan was fired from the show.