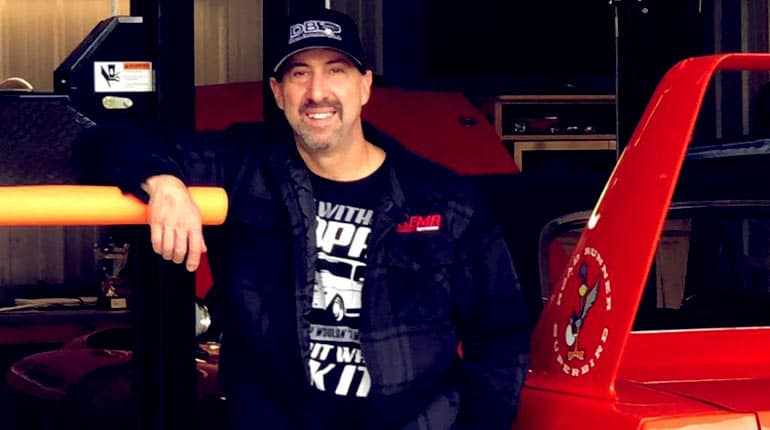 Dave Rea is a television personality, mechanic, and Mopar Restoration Specialist. He additionally owns an auto-body shop in Cottage Grove, Oregon. The former Velocity Channel actor is very knowledgeable in regards to vehicles. As a result, he has been invited to several car-related events.

Back in 2018, for instance, he was brought on to be the Celebrity Guest & Car Show Judge for the Monster MuscleCar Weekend St. Louis. So what happened to Dave? Did Dave Rea leave his show? Let us take a look at the man behind the cars.

Who is David Rea?

David Rea is a reality television star who once graced our screens on the Motor Trend sponsored show, ‘Graveyard Carz.’ It features the likes of Mark Woman, Will Scott, and Royal Yoakum.

The show follows various restorers as they set to work on abandoned and, at some point, decaying muscle cars. Most of them live by the philosophy, ‘it’s Mopar, or it’s No Car.’

David initially showed up on the episode titled ‘Commando Cuda vs. Magnum Force’ back in 2015. After 21 episodes, fans noticed that he stopped appearing on the show.

The Mopar Restoration Specialist is also the founder of DB Restorations, LLC. His auto-body shop is known to work on restorations of 1968-1972 Mopar muscle vehicles and trucks. They also specialize in heater boxes, dashboards, and other components.

Presently, David Rae and his team are working on a 1967 Dodge Dart GT, which was brought in from California. The vehicle boasts four-piston front disc brakes and a 3:23 rear axle ratio. Another car whose restoration is in progress is a 1970 Plymouth Barracuda AAR Tribute.

The Motor Trend reality star’s last episode on Graveyard Carz came in 2017, in an episode called ‘Cuda ‘Tat.’ After this, the show notably continued without him. By June 2017, fans had learned that he was not coming back. His departure came because he wanted to put more focus on his business, DB Restorations.

Fans took to various forums to voice their displeasure and shock at Dave’s departure from the show. Some even questioned whether it was true entirely. All in all, most people were sad to see him go and remarked that Motor Trend had lost an asset.

What is Dave Rea doing now?

After he left the world of reality television, Dave Rea shifted his focus to the world of business. To promote his business, he even set up a few social media accounts online.

A look at his Instagram account tells us that the most recent bit of work he did was on a 1970 Dodge Charger R/T. The auto-shop was working on repairing and repainting the engine compartment.

He also set up a YouTube Channel back on June 17th, 2018. On his page’s description, we learn that his shop is the only restoration garage in Creswell, Oregon.

The auto-shop is adept at doing complete or partial restorations; these range from modern engine and suspension systems, as well as Original Equipment restoration.

Dave Rea released his most recent video just a month ago. It is called ‘1969 Road Runner sheet metal part 2’ and has over 800 episodes.

While the restoration expert does not command a large following, we learn that he still has a loyal fan base. Most of them still wish that he was still on Graveyard Carz.