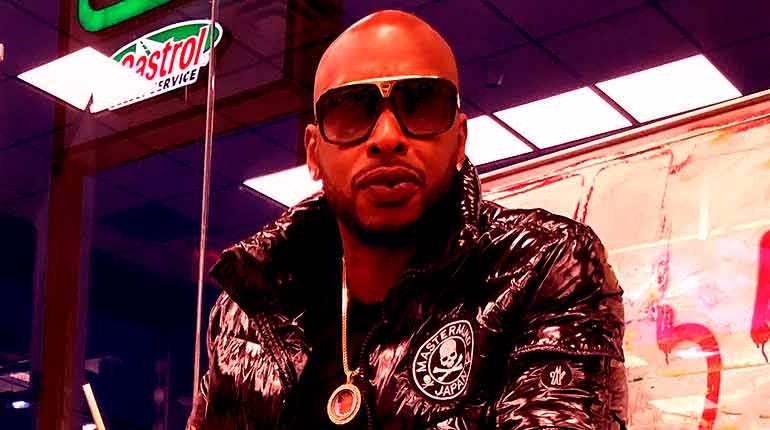 Ceaser Emanuel was born on the 5th of June 1979, in the Bronx. This makes the tattoo artist 39 years old presently. Growing up in the Bronx was not easy, as it is one of the toughest areas in New York City.

Despite that, Ceaser from ‘Black Ink Crew’ put a lot of effort into his studies and passions. He is a graduate of the Graphic Communication and Arts School and the Katharine Gibbs College.

The popular artist generates most of his wealth and income from his career on screen. Reality stars are some of the highest earners in the industry, especially if their shows are able to garner large followings.

As such, we were not surprised to learn that the star boasted an impressive net worth. Ceaser Emanuel’s net worth is $2.5 million. His salary remains a mystery, but his prolonged stint on the show suggests that it could be very high.

Another additional source of income for the artist is his tattoo shop in New York, which, has grown popular over the recent years.

People love innovation and beauty, and this is what Ceaser Emanuel and his crew offer their customers. As such, they have highly sought after. In the service industry, popularity translates to more revenue.

Ceaser from “Black Ink Crew” has always maintained that he got into the tattoo business to provide a better future for his daughter. Life in New York can be tough, especially for people from lower social economic classes.

As such, you need to get creative and grab all the opportunities you can to better your life. Ceaser Emanuel did this by opening a tattoo parlor in Harlem. It gradually becomes a sensation, garnering the attention of producers at VH1.

It featured the artist and his crew, and all the black celebrities the cater to. The show is in its seventh season as of now and does not look to be slowing down anytime soon. The show would also give rise to a spin-off series, Black Ink Crew: Chicago.

The artist’s love life is something he has kept quite private over the past few years. However, he was once involved with a woman named Crystal, who is the mother of his daughter.

Ceaser was also rumored to be in a relationship with co-star Cristana Lattimore in 2015. Their relationship ended after allegations of infidelity on Ceaser’s part came to light.

He had apparently gotten a different woman pregnant. Ceaser from “Black Ink Crew” would then go on to date reality star, Karlie Redd, who stars on Love & Hip Hop: Atlanta.

While it was rumored that Ceaser had been involved in a car accident, we can confirm that this was not true. The rumor sprang from an unknown caller who contacted Cristana Lattimore, the artist’s then-girlfriend.

The caller went on to inform Christina that her boyfriend had been involved in a serious accident. This was not true, as a worried Cristana would later find out when she called both the producer of the show and Ceaser himself.

Wiki-bio and other facts.

The reality star’s passion for tattoos and art was evident right from an early age. This combined with a need to provide for his daughter, Cheyenne, would see him open a tattoo studio in Harlem.

Ceaser Emanuel from “Black Ink Crew” and his crew started out small, before eventually rising to the very top. Now they cater to renowned celebrities from all over the country. They became even more famous and successful when they were given their own reality show.

How old is Ceaser from ‘Black Ink Crew?

What is Ceaser from ‘Black Ink Crew’s Net Worth?

Ceaser’s net worth is 2.5 million dollars.

Who is Ceaser’s New Girlfriend?

The artist is not dating anyone at the moment.