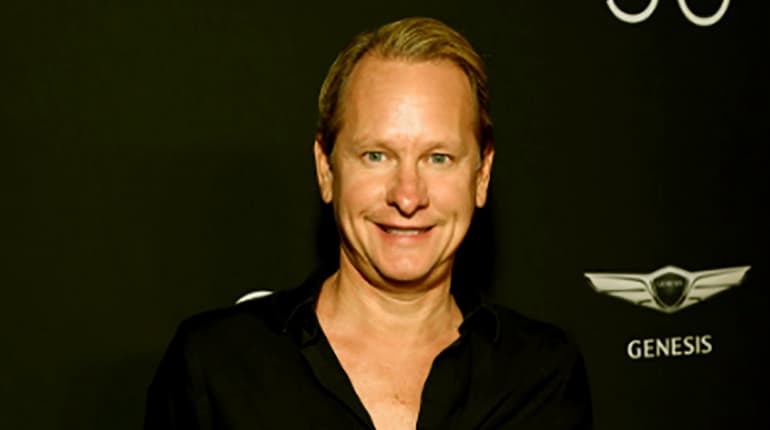 If you have ever seen the show ‘Queer Eye,’ then you must be familiar with the Carson Kressley as he is respected as a fashionable man who adjourns the show entirely.

Carson Kressley is a popular icon in the fashion industry who came up strong to be the source of inspiration in the LGBT community. He is a well-known television personality and self-acclaimed ‘Style academic.’

Here we will discuss the patterns of Carson’s career relating his net worth in 2019. Also adding some spices on his gay relationship and property details and income sources, we will be providing you all the information you need. So let us get going!

Who is Carson Kressley? Work Highlight.

The Emmy Award winner Carson Kressley is a popular television personality and a Fashion Specialist who is regarded as a well-known face of the Holywood.

After his graduation, Carson accompanied with Ralph Lauren as a stylist till the year 2002 where he served in several departments involving corporate advertising and menswear.

He is best known for his tv appearances on the show “Queer Eye” and also on “How to Look Good Naked” and “Good Morning America” where he is referred as the motivational host for the show.

It was the year in 2015 when Carson was selected as a regular judge on the leading reality TV show called RuPaul’s Drag race beside Ross Mathews.

On the context of his rising career, he played his debut movie, The Perfect Man as a bartender named by Lance. Later he additionally performed his contributions in films such as The Year Without a Santa Claus, 16 to Life, and It’s Christmas.

He was on his primetime where he then inaugurated a fashion line labeled as “Perfect” which is for both men and women and subsequently launched a new collection of the clothing brand, “Love Carson.”

The 49-year-old designer has been accoladed in the category of Outstanding Reality Program for Queer Eye for the Straight Guy in the year 2004. And also, he has served on the judging panel on the reality series of “Crowned: The Mother of All Pageants” in the year 2017.

From his aspiring career, Carson Kressley has accumulated a hefty net worth estimated around 8 million dollars. With his appearances in movies and several tv shows, he has garnered a quite fortune fo himself.

Similarly, his clothing brand has helped him achieve the height of success in his profession anew. Besides, he is the proprietor of the Carson Nation on The Oprah Winfrey Network.

Coming off strong, the popular television personality sure has a great deal when it comes to home and luxury living. He is known as a designer who perhaps has a perfect looking home to stay and cultivate thoughts for his latest endeavors.

Carson has lots of properties here and there, frankly talking about his homes, he owns a home in Lehigh Valley. The house is a Colonial farmhouse, and its total worth is not updated. He has lots of classy interiors and extravagant designs in his grand luxurious house.

Additionally, there was a showcase video regarding his new Park Avenue apartment in New York City. And again he has not disclosed its value publicly. But one is sure that the guy likes to decorate pieces of stuff with some classy touch.

He is mostly known for his stylish looks, which he also displays in his living space.

Furthermore, he has yet to put additional information in his car and vehicles. He travels a lot around the city and hence definitely has a luxurious brand of car to display his charm and elegance. Moving on we will soon update you guys about his cars purchases and owning.