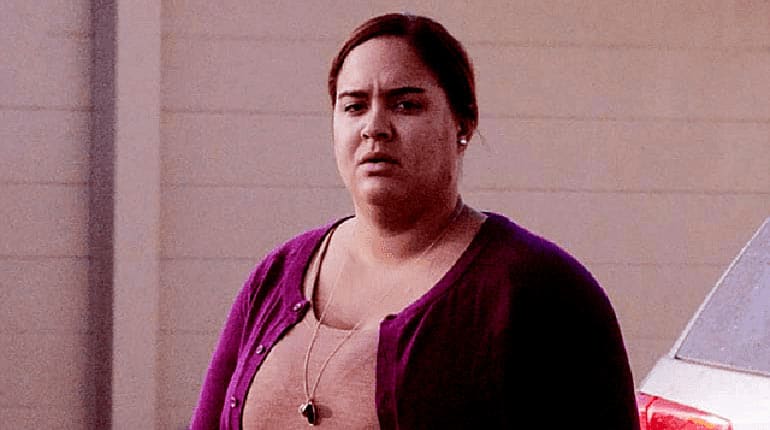 Former American football running back, OJ Simpson’s suspected murder trial of the century did more than putting his name onto headlines. It also dragged his family, including his daughter, Sydney Brooke Simpson, into the spotlight. Since then, Sydney has lived her life away from the prying eyes of the media, trying to get past her family’s tragedy. However, there are some ghosts you can never outrun. Here are seven interesting facts from Sydney Brooke Simpson’s wiki so far.

1. She was barely 11 when her mother and friend lost their lives.

Sydney’s late mother, Nicole Brown, worked as a waitress at a certain night club called The Daisy, where she met OJ Simpson back in 1977. The two ended up dating and married each other in 1985. Shortly after, Sydney Brooke Simpson was born on October 17th, 1985 in California.

She had a normal upbringing right until her mother filed for a divorce against her father in 1992, citing irreconcilable differences. On June 12th, 1994, roughly two years after her divorce, Nicole Brown’s body was found alongside her pal’s, Ron Goldman outside her condominium in Brentwood, Los Angeles. Both victims had died of multiple stab wounds with the prime murder suspect being OJ Simpson.

2. She believes her father was the killer and forgave him.

Even though OJ was acquitted of all charges, a source close to Sydney stated that she believed he killed her mother. However, she already made peace with the past and forgave him of all his transgressions. Sydney even went ahead and visited him while he was in prison serving another sentence for kidnapping, armed robbery, and assault back in 2011.

“Murderer or not, he’s still my father and the only parent I’ve got. I can’t abandon him.”

The 34-year old was not the only one that suffered the loss of a mother. She also has a younger brother named Justin Ryan, born in 1988. Like Sydney, he also lives a private life in St. Petersburg, working as a real estate agent for Coldwell Banker Homes.

On a different note, Nicole Brown wasn’t OJ Simpson’s first choice for a wife. Simpson was previously married to a woman named Marguerite Whitley from 1967 to 1979.  Like the latter, their marriage also ended in divorce. However, they had three kids together, Aaren Simpson, Jason Simpson, and Arnelle Simpson, born in 1968.

Aaren died of drowning as a kid back in 1979, whereas Arnelle stuck by her father’s side, testifying on his behalf on his numerous court trials. She was also the one who inspired the former American football player’s best-selling book If I did It.

Jason Simpson, born in 1970, also lives a secluded life. However, he had a troubled youth as he struggled to overcome alcoholism and substance abuse during the ’90s. Like his father, he was also convicted with a DUI in 1990 and charged with assault a few years later.

Jason also had a life-threatening situation caused by an overdose of Depakote. Many believed that it was an attempt to terminate his own life. He has since then cleaned up his act and lives a normal happy life as a cook in one of Atlanta’s famous restaurants named St. Cecilia.

4. Sydney Brooke Simpson is NOT related to Khloe Kardashian

The Kardashian family has always been known for its never-ending drama. There was talk of an affair between OJ Simpson and Kris Jenner, of which the latter has denied countless times. The rumors sprang up after the late Robert Kardashian (Kourtney, Kim, Khloe, and Rob’s dad) represented OJ during his murder trial as his lawyer.

Despite the rumors flying all around, Khloe Kardashian has often wondered whether or not she was adopted, citing her non-resemblance to her sisters. The media also jumped onto the train and compared her to Sydney Brooke Simpson’s appearance, which was a perfect match. Nonetheless, her paternity is nowhere linked to OJ Simpson, as proven through DNA tests.

Despite the negative publicity she got, Sydney rose to become her boss. She ventured into various businesses and even had success in them. According to verified online sources, Sydney Brooke Simpson has an estimated net worth of $10K

OJ Simpson’s daughter Sydney makes a living off her real estate business founded in 2014 and currently owns Simpsy LLC. The company manages four of her properties, including an apartment at 1247 22nd Avenue South and another two-unit house at 379 47th Avenue South. The other two are found at 335 47th Avenue North and 334 48th Avenue North. She also earns her living as a caterer working in her own restaurant.

6. Sydney Brooke Simpson is not yet married but dating.

OJ’s daughter has never walked down the aisle in all the 34 years she’s lived, and neither does she have any kids. However, sources believe that she is dating a guy named Robert Blackmon, a member of the St Petersburg city council.

The two have often gone out together, but neither has come out to confirm or deny these rumors. Other evidence supporting their relationship was Simpson’s move and proximity to Blackmon. She bought a house in St Petersburg, Miami, Florida, where she currently resides. Other rumored relationships were with her previous involvement with a guy named Stuart Alexander Lee in 2007.

The gruesome murder of Nicole Brown wasn’t the only deterrence affecting Sydney’s education. There was also an ongoing custody battle between her deceased mother’s family and her father over her brother and her. OJ won both cases.

Despite everything that was going round in her family, Sydney excelled as a student Gulliver Academy. Upon graduation, Sydney Brooke moved to Massachusetts, where she enrolled at Boston University College. It is here that she majored in Sociology and graduated in 2010. Before moving to Florida, Simpson made it through life on her own as an event coordinator in Atlanta, Georgia.