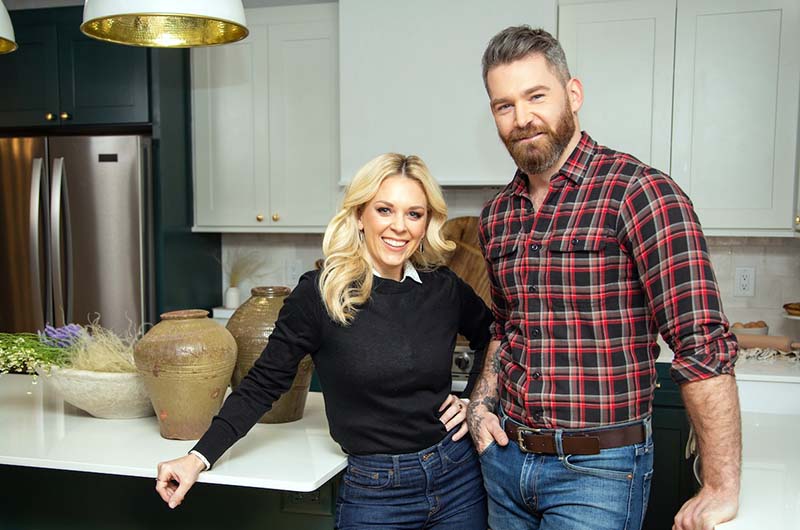 Kortney Wilson is a musician, television personality, real estate agent, and DIY, expert. She stars on multiple shows, the most prominent being HGTV’s Making it Home, and Masters of Flip.

The latter’s excellence was recognized with a nomination for the Canadian Screen Awards. As a designer, Wilson is usually lauded for her brave decisions, especially in the face of opposition. Read this to know the fact about Hgtv Kortney and Kenny Brain Dating’s rumor.

Growing up, Kortney was always fascinated with interior design. However, being strapped for cash, she was forced to teach herself everything online. Being a television personality, a few fans have been clamoring to know who Kortney is seeing presently.

Are Kortney and Kenny Dating?

Like Kortney, Kenny is also quite versed when it comes to design and real estate. Moreover, he is also a former model-turned-contractor. Wilson and Brian are both hosts on HGTV’s Making it Home with Kortney and Kenny.

As such, we can safely assume that they are co-workers. Their on-screen chemistry definitely seems to suggest that they are friends.

But could there be something more to this? Well, we hate to disappoint all the fans that were shipping Kortney and Kenny Brain, but we can confirm that their relationship is platonic. They have never dated, or have no plans on doing so any time soon. Moreover, Kortney seems to be in a relationship with a different man.

Who is Kortney Wilson dating?

Before we dive into that, we should mention that Kortney was initially married to her co-star, Dave Wilson. The two first started dating back in 2001, and a romantic relationship would gradually transition into a professional one owing to their shared love for real estate.

Three years on from their first meeting, they took the next step, tying the knot in their native country, Canada.

What followed were 14 blissful years of marriage, which saw them have three children. Kortney gave birth to the first two, Jett and Sully. Their third child, Lennox, is adopted. In 2019, the couple shocked the world when they released a joint statement that informed fans that they were getting divorced.

Two years on and it’s fair to say that Kortney has moved on. Her Instagram page revealed that she is dating a man named Ryan.

In fact, the two recently spent the summer together. When a curious fan asked whether they’d be getting married soon, Wilson revealed that they were not quite there yet.