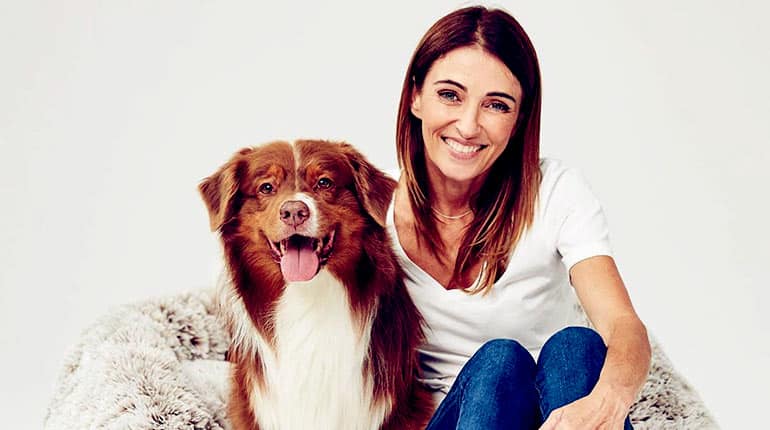 Katrina Warren is an Australian native who is known for her work in veterinary medicine. The former University of Sydney student has also enjoyed a prolonged stint on television. Not only has she featured on a few shows, but the doctor has even gone on to produce some of them. This article is about Katrina Warren’s net worth, her husband and daughter.

Additionally, the vet is also a writer, radio host, and public speaker. As an animal rights activist, she has dedicated most of her life to ensuring their protection and safety. The article will focus on Katrina Warren’s biography as we venture into the world of veterinary medicine.

Who is Katrina Warren?

Katrina Warren is a reality television personality who is relatively popular on the Animal Planet. Her most celebrated appearance came in 2003 when she was brought on to host ‘Beverly Hills Vet.’

The central premise of the show revolved around helping everyday Americans deal with some of their stubborn pets. The doctor not only starred by the show but is also credited with co-producing it. A few years later, she popped up on Housecat Housecall.

It first aired on the 7th of June 2008 and has 19 episodes. The Aussie doctor appeared alongside Angela DeAwn and David Markus. Katrina’s first break came back in 1994.

She was hired to host Totally Wild, which was a Ten Network kid’s show. Her work after this earned her a call up to a much more popular network, ‘the seven network.’ It gave her the chance to feature on Harry’s Practice. Her run on the network lasted seven years this time.

Long before her career skyrocketed as a tv personality, she was already an established Vet which obviously earned her quite an impressive income. Now that she have worked on many tv shows, Katrina’s Net Worth has increased largely. Still, there are many seasons of the show to come. As of 2020, Katrina Warren’s Net Worth is $6 million (online sources).

The vet’s face is synonymous with Australian television. Some of the other shows she starred on include The Morning Show, Sunrise, Makeover Street, and Funniest Home Videos. Besides TV, she has enjoyed an excellent career on the radio as well.

Most recently, she was brought on to work on Talking Pets, an audio show on 2GB radio. She also writes for a magazine titled ‘PETS.’ The doctor has additionally headlined several vet-related events.

These include the likes of the Border Collie Fun Day, pet expos, and vet clinics. The doctor’s works has extended to working with various charities. Some of these are Assistance Dogs Australia, the National Breast Cancer Foundation, and the Animals Asia Foundation.

Lastly, we learned that the Australian TV host created a website that gave animal lovers the platform to connect with each other. The site celebrates the life of pets.

Katrina Warren was born on the 8th of December 1967 in Sydney, Australia. She is 52 years old as we speak. Being a prominent animal lover, it comes as no surprise that her star sign is Aquarius.

The doctor’s qualifications include a bachelor’s degree in veterinary science, which he attained from Sydney University.

The Australian vet is a divorcee. Katrina Warren was once married to a man named Anthony Darcy. The two tied the knot back in 2008 in Australia. However, their marriage did not make it past the three-year mark.

The marriage did not end on good times as the two are now estranged.

She has a daughter Charlotte Rose Darcy with her former Huband.

Before they separated, Katrina gave birth to their only child.

Charlotte Rose Darcy was born on the 11th of August 2007. She is 12 years old now. The good doctor and her daughter live in Sydney. They have several pets at their home.

These include a Maine coon her daughter named Mr. Fox and a Golden retriever named Riley.

A look at Katrina’s Social Media.

Katrina Warren is very active online. Not only is she on various social media handles, but she also manages her blog. On Instagram, the doctor has over 20,000 followers.

Her page is a testament to her love for animals. There are several pictures of cats and dogs. Her Instagram page also tells us that she is the author of Wonder dogs Tricks.