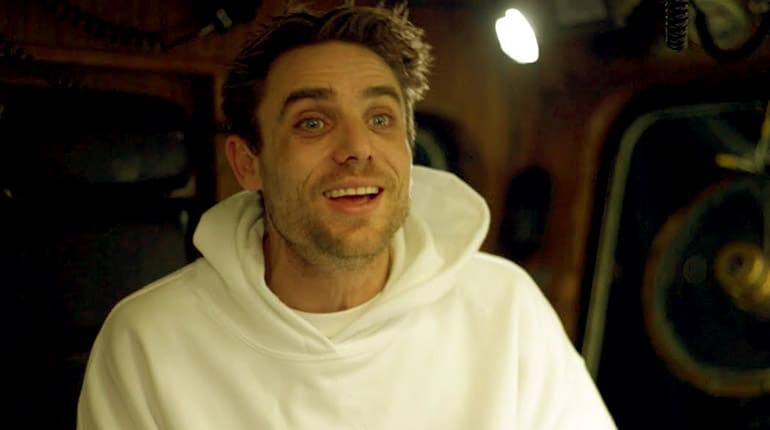 Jake Anderson is known for starring in a well-known documentary “Deadliest Catch” from the discovery channel. The reality series is about daring fishermen who have the boldness to go fishing off the Alaskan coast.

We can tell how bold the tv personality, Jake Anderson is considering the fact that his life hasn’t been an easy one. The captain of the saga has been through ups and downs in line but is still standing strong together with his lovely wife, Jenna Anderson, whom we will get to read about in detail.

As you get to read along, you will get to know more about the captain of the saga, his time in the reality series, his wife Jenna Anderson, net worth and career information.

Who is Jake Anderson?

Jake Anderson is an American captain in the fishing vessel saga. Jake starred in a documentary in discovery called ‘Deadliest Catch’. In 2007, Jake got a job as a greenhorn.  Fans were first treated with the first episode of the popular series on the 12th of April 2005. Some of the executive producers were; Sarah Whalen, Thom Beers and other more. It has 15 seasons available for fans.

The show mainly focuses on crab fishing which is proved to be one of the most dangerous jobs for it has a number of accidents occurring during the job.

During his childhood, Anderson grew up in a fishing village and as he grew up, he started to show his interest in fishing. Jake wanted to be like his dad, a fisherman. By the time he was 17, he already started working as a fisherman and by 25, and he even practiced pot fishing.

In one of his interviews, Anderson mentioned that he had alcohol problems for over two years which made him homeless but after his recovery, he went back to the determined hardworking fisher.

In 2012, he was made deck leader of the Northwestern fishing vessel. Later on, he acquired his Master110 ton captain’s license as well as the USCG mate1600 ton license.

Apart from being a Captain and a fisher, Jake Anderson is also an author. In 2014, he released his biography, ’Relapse’. His book was published by Coventry house publishing.

Jake Anderson won many people’s hearts including DVS Shoes. The footwear company made a skateboard shoe signature with his name on it.

The captain/TV personality receives most of his income through his time in Deadliest Catch and as captain of the saga. In an episode, Anderson flossed to making over $2.5 million in 11 days.

Jake Anderson is estimated to have a net worth of$2.5 million.

Anderson has a couple of information about him and his career though he hasn’t mentioned a lot regarding his personal life like where he lives with his family.

Jake met his wife Jenna at a festival in Ballard. The two fell for each other at first sight. Jake Anderson was apparently on duty that day and they were signing autographs. It was so cute how Anderson wrote how beautiful she was in the autograph he signed her. Jenna got Jake’s number and they got to know each other ever since. They started dating and Jake finally proposed. The wedding was in 2012, officiated by Captain Hillstrand.

Jake Anderson was born as Jacob Venn Martin Anderson in 16th September 1980 to Keith Anderson. Her mother is not mentioned anywhere in his biography. He was born in Anacortes, Washington DC.

Jake Anderson also had a sister, Chelsea Dawn Anderson, whom he grew up with. Sadly her sister passed away back in 2009 on February 13th due to pneumonia.