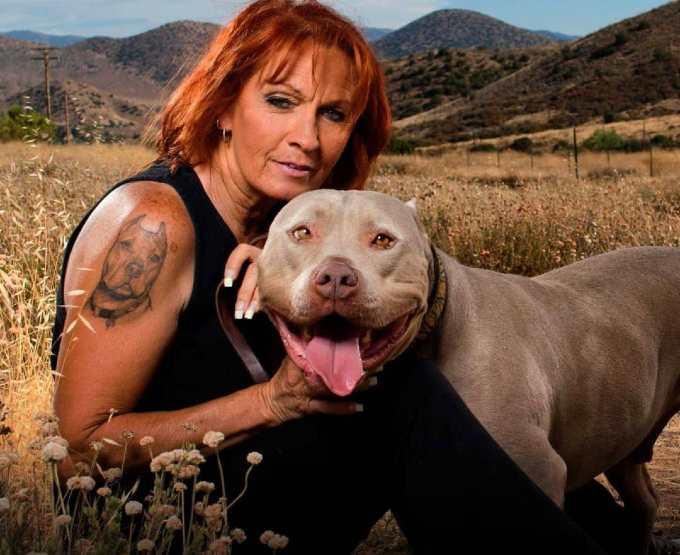 Tia Torres is a famous TV personality from America who has dedicated the last decade to care for abandoned Pit Bulls. And while the show has endowed her fame, it has also led to her false publicity. It is not uncommon for the internet to be filled with bluffs and rumors. However, Tia made some outrageous findings of herself, which she shared in a Facebook post with her followers.

“Never Google Yourself,” as Tia starts her post regarding the matter. We have to agree that she is quite a writer herself. In this article, we discuss the fake information on the internet surrounding the TV personality Tia Torres. Further, we discuss her reaction to the matter.

Tia Torres Facts? Or not…

Let us have a look at the false information that Tia found about herself in Google.

Bullshit. Many websites claim the TV personality is 6’1 tall. However, Tia stands at the height of 5’5″. The rescue specialist wishes she could match the expectations of the internet pundits. “I so missed my calling on America’s Next Top Model,” writes Tia on Facebook.

Now, whoever wrote about Tia having dark brown eyes should take off their sunglasses. Being of Irish origin, Tia has beautiful Green eyes and takes pride in them.

Let’s start with the fact that Tia has been divorced for 13 years now. And even though many websites claim the rescue specialist to be ‘so in love,’ it is certainly not the case. Tia thinks she is done with love and prefers to spend time with her pups. Furthermore, she hasn’t mentioned Jackson for the last 13 years, and the media still connects their name on blogs. She finds this funny and irritating at the same time.

Too far. The author was probably on a hangover of a crime thriller while crafting this idea. Tia thinks there is nothing better than a good murder mystery. However, her family members are alive and certainly not murdered. “I’m sure my mother in Kentucky and my father in Washington, who are both still alive and kickin’ would at least like to have a say-so in the cause of their demise,” says Tia on Facebook.

This is a rumor that Tia doesn’t want to deny. We’ll leave it at that.

“Nope,” Tia replies to a fan who asks about the rumor. The rescue specialist thinks the rumors are hilarious and doesn’t mind much. However, she wishes they had included some facts on her. Moreover, a fan pointed out a rumor that Tia and her daughter are prostitutes. Well, what can we say?