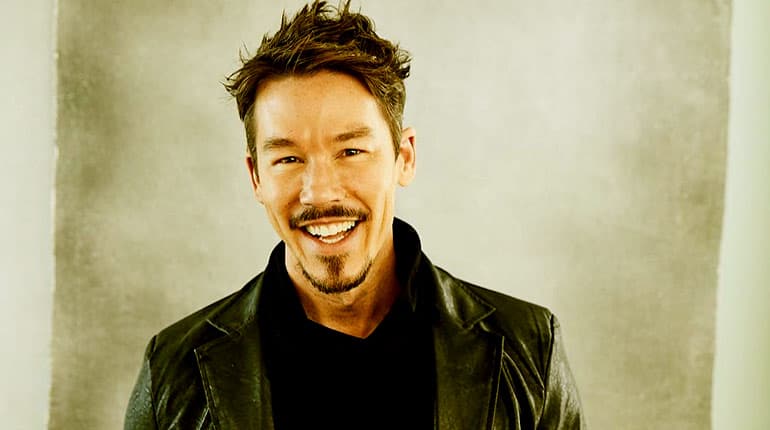 David Bromstad is a businessman, former illustrator, and reality star who is lauded for his work in design. It has seen him pick up several accolades, such as the 2006 premier season of HGTV’s Design Star. David’s educational background includes time spent at Wayzata High School. This is where his love for art and design bloomed. He continued his training at the Florida-based Ringling College of Art and Design. Explore David Bromstad’s biography in full detail as we take a closer look at his life. The article will examine aspects such as his net worth and family.

Who is David Bromstad?

David Bromstad is famous for hosting the HGTV special, My Lottery Dream Home. Fans of the show were first introduced to David on the 7th of March 2015. The show follows people fortunate enough to have won the lottery as they look for new homes to live in. At the moment, David’s show is in its 7th season. The popular host has starred on numerous other television shows. These include the likes of Color Splash Miami, Beach Flip, and HGTV’s Design Star.

The latter was his first introduction to television. After several years on the network, he was named on the top 100 list of designers by OUT magazine.

Before he became a star on the network, David Bromstad worked for the Walt Disney Company. It is a renowned American Mass Media Enterprise that has produced some of the best animated films ever made. David worked in the design department as an illustrator. After a while, David finally ventured out on his own. To that end, he started a design company, Bromstad Studio.

His company offers design services that include color suggestions, furniture recommendations as well as other areas of design.

The designer turned reality television host has years of experience in his field of work. At the point of writing, David Bromstad’s net worth stands at $ 2 million. Sources say that, on average, designers can make up to $ 70,000 a year for their work. In regards to his exploit in television, it is estimated that David rakes in an upwards of $ 500,000.

David Bromstad came into this world on the 17th of August 1973 in Cokato, Minnesota. This puts his age at 46 years old as we write. When looking at his star sign, we came to the conclusion that David Bromstad is a Leo.

How tall is David Bromstad?

David Bromstad is a relatively tall man. He stands at the height of 6′ 1″, which also translates to 185cm. David also weighs 77 kilograms and maintains a perfect shape.

David is the son of Richard Harold David and Diane Marlys Bromstad. His mother was born on the 25th of February 1944 and is 75 years old. Diane’s ancestors are initially from Sweden and Germany. His father, on the other hand, is from Norway. There is not a lot of detail available about him.

The 43-year-old reality star has three siblings. These are Dynelle Renee, Dyonne Rachel, and Dean Richard. All three are older than David Bromstad. He is very close to his siblings, all of whom he maintains a close relationship with. One of his sisters is even an interior designer like him. They have also worked on a few projects together.

The television personality was born in the great state of Minnesota. This means that he is American by birth. When looking at his ethnicity, we learned that he is a Caucasian man.

David Bromstad owns a lavish Condo in Miami. Being an accomplished designer, it comes as no surprise that David’s mansion is resplendent. Some of the features that can be found in his house include a sleek and widely spaced kitchen. David has also employed the use of various color scheme patterns in his home. There are red vases spread across the property, yellow mod chairs, and even black and white curtains.

Remarkably, he even has a large red glowing ‘open’ sign in his home. Taking a look at his garage, we learned that the television host owns a 1986 Toyota Celica, a 2006 Mustang GT Convertible, and a 2004 Dodge Caravan.  David leads a relatively comfortable lifestyle, attending several red carpet events every year.

David Bromstad is relatively popular on his Instagram page. He has a following of 134,000. David’s page reveals that he is an artist and designer. We also immediately learn that he is a huge fan of tattoos. There are several pictures of him shirtless, displaying his tattoos. We also get to see just how great his body shape is. David also promotes his television show on his Instagram page.

His twitter page, on the other hand, has about 484,000 followers. David uses this platform to promote his reality show.

The very first tattoo that David got was a dragonfly tattoo on his shoulder. This was symbolic in the fact that he loves dragonflies. He and his sister also started a company known as dragonfly designs. One of his other famous works of art is a Disney princess castle on his thigh.

It comes with a plethora of sharp black pointed turrets that stretch out into the sky. This usually surprises a lot of people who are not familiar with David Bromstad’s love for all things Disney and fairytales. He got the work done by Cortni West, one of the most renowned artists in the area.

David also has love tattooed across his right leg. It reads like a large old fashioned neon sign with multiple colors. This tattoo was also designed by Cortni and was meant to promote love. Amid the love, the tattoo is a rainbow-colored pattern that goes around his leg.

This is meant to raise awareness on the LBTQ community, which he is a part of, being a gay man. David Bromstad also has a large tattoo of Mickey Mouse on his right shoulder and bicep. Right below, Mickey is his compatriot, Minnie mouse. A few other Disney characters are spread across his right arm to complete the sleeve. This is another reflection of his love for Disney Animated Characters.

The reality star also has a chandelier tattooed across his forearm, which looks suspiciously as an illustration from a Disney cartoon. We are not done yet.

He also has a lion spread across his left leg. This is obviously meant to represent his star sign which is Leo. Lions are the symbol of this particular zodiac sign. David has the word ‘Limited Edition’ spread across his chest. In the midst of it is a large heart, and the year of his birth (1973) lingering below his chest.