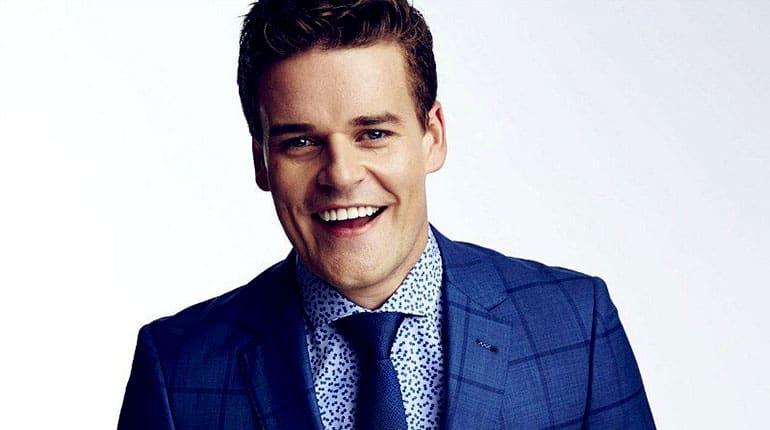 Hello! People, let us talk about one of the lead Radio jockeys and also an entertainment reporter of Canada. The person, we are talking about is Adam Wylde.

He is such a sweetheart and fun-loving guy on the Radio station. Let us have some look at his lifestyle, married life, and working journey, he has covered till now. Read this to know Adam Wylde Father and his wife in wiki type biography.

Who is Adam Wylde?

Adam Wylde is also referred to as Adam Denis. He was born on the 13th of April 1988. He belongs from Toronto Ontario Canada. Adam Wylde is tall and a gentleman. He is more conscious of his health and fitness as per the requirement of the job.

In fact, all the radio jockeys are expected to maintain their body structure for an impressive appearance. His father’s name is Ken Lyfford and his mother’s name is Marilyn Denis. He completed his education from Sir Oliver Mowat Collegiate Institute.

Adam Wylde is a mind-blowing Radio host in Canada. And this inspiration, he bagged from his mother. He is much more famous as the co-host of the ‘Kiss 92.5 Blake and Wylde show in 2013. But left this show in 2018. He is also one of the lead reporters who entertains all in the show, -Breakfast Television. His net worth is yet to be revealed.

Adam’s career life began at his early age which gives us an idea about his earning of a decent amount. It is not that difficult to figure out that Adam has set up his career in Radio world because of his mother.

Yes! His mother, Denis is very popular in the industry for her hosting in the show named, The Marilyn Show. But he started his journey with one step at a time.

He used to be the host in Barrie, 2007. This was the beginning of his professional career. He also worked for Virgin 98.5 CIBK-FM as the co-host with Danaye Maier in Calgary in 2011.

Apparently, he is hosting the show named, Steve Dangle and Jesse Blake for the Podcast with his friends in 2019. He has also bagged some Awards and been nominated many times too.

Is Adam Wylde married to a Wife?

He married Caprice Conners on the 27th of Jan 2018. They were dating since 2014 and got engaged in 2016. Adam Wylde’s wife Caprice is a fashion enthusiast as well as an extremely wonderful stylist.

This shows that he is very much fond of his wife. The duo welcomed a baby girl on 31st May at 10;54pm. They named their daughter, ‘Everly Blue’. And since then they have been extremely cautious and protective about Everly’s health.

Adam Wylde’s wife Caprice even admitted that the couple is obsessed with their little daughter’s beauty. Both she and Adam keeps on posting their kid’s pictures on Instagram.

Adam Wylde is a son of Famous Marilyn Denis.

He is the single child of Ken and Marilyn. His mother, Denis is a well-known public figure in the entertainment industry. Denis was born in Edmonton, Alberta, Canada in July 1958.

Adam Wylde’s mother Marilyn Denis is very much in demand because of the show named, “The Marilyn Show”. She is the only host of this trending show on CTV. She makes a net worth of $5 million. Marilyn is also the co-host of the show, CHUM 104.5 Toronto mornings.

Who is Adam Wylde’s father?

His father is Ken Lyfford. Adam’s parents got separated when he was too young. Since then he is raised by his mom alone. But this does not end his love for his father. He frequently visits ken during his off days from work.

Ken has a great knowledge of Broadcast Art as he graduated in the same in 1976. He married for the second time to a woman named, Sharon in 1992.

His Linkedin page confirms that ken previously used to work as a sales manager. There, he worked for CBC TV for almost a decade. After this, he shifted to CTV to work for BellMedia News and Entertainment under the same jurisdiction.