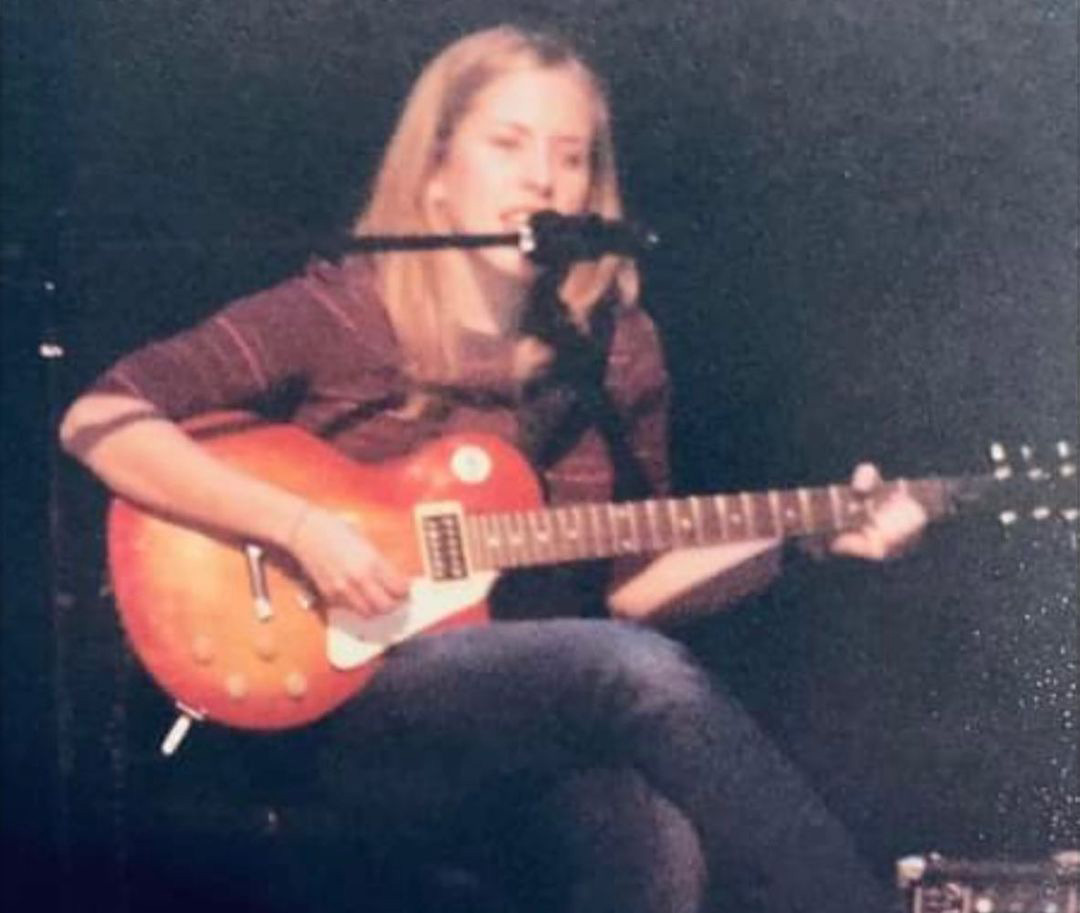 It’s no secret that Erin Napier is a wildly talented designer (there’s a reason so many people tune in to her show!), but did you know she’s also an incredibly talented musician? The Home Town star has shared clips of her singing in the past, but there’s more to her passion for music than she’s previously let on. Earlier this week, the new mom of two took to Instagram to let her fans in on a secret: She used to be in a band!

Napier, who is notoriously private (she even hid her second pregnancy until the eighth month!), shared three photos of herself on stage performing. “Something you didn’t know,” she begins her post. “In high school, I had a band called Sunday’s Maria (an homage to Maria from all those @countingcrows songs) and we played a lot of Blind Melon and Alanis Morrissette and Ani DiFranco and Barenaked Ladies cover songs.”

Like the relatable star she is, she writes, “I played at coffee shops and made my gas money. I had a hula girl on the dashboard of my Mitsubishi Eclipse and a ‘Joe Patti for President 🐠’ sticker on the bumper. #themoreyouknow.”

Both Erin and her husband Ben grew up in the small town of Laurel, Mississippi, which is also where they film their show.